Last year, I stopped asking for birthday gifts from my boyfriend, and instead decided I would rather go on trips together. I’m all about experiencing new things, new places, and most importantly, new food/restaurants.

That’s why this year I chose Burlington, Vermont for my birthday trip. Even though my birthday was back in June, the getaway was better late than never, right?!

We packed up our stuff and headed on our 2.5 hour journey (which is actually CRAZY close) to hang out with the green mountains surrounding us and plenty of food and drink to explore.

First stop – a taco stand on the side of the road. In the middle of nowhere, we see a sign that says “tacos” and immediately we were drawn. 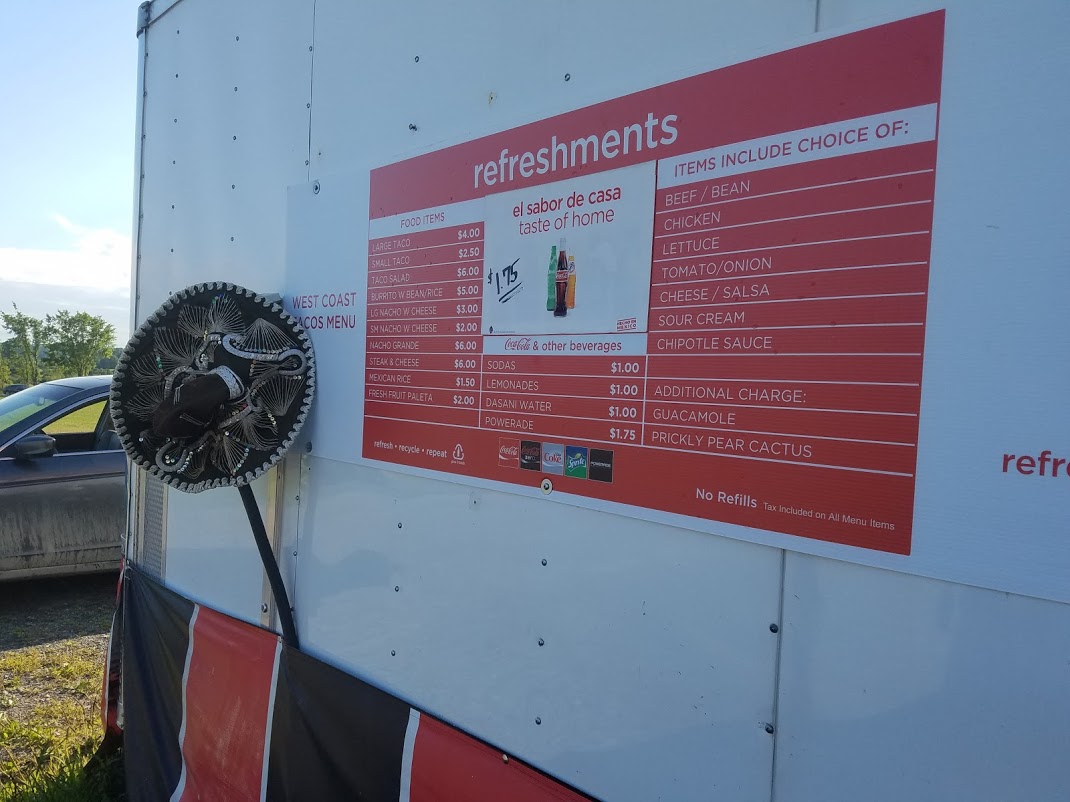 It was just a simple taco, but it’s hard to resist a side of the road taco truck in Vermont. It just is.

Friday morning, we ventured out to Penny Cluse, a small restaurant that does a really mean breakfast.

I was lame and ordered something simple, but sometimes I think those are the easiest things to mess up. 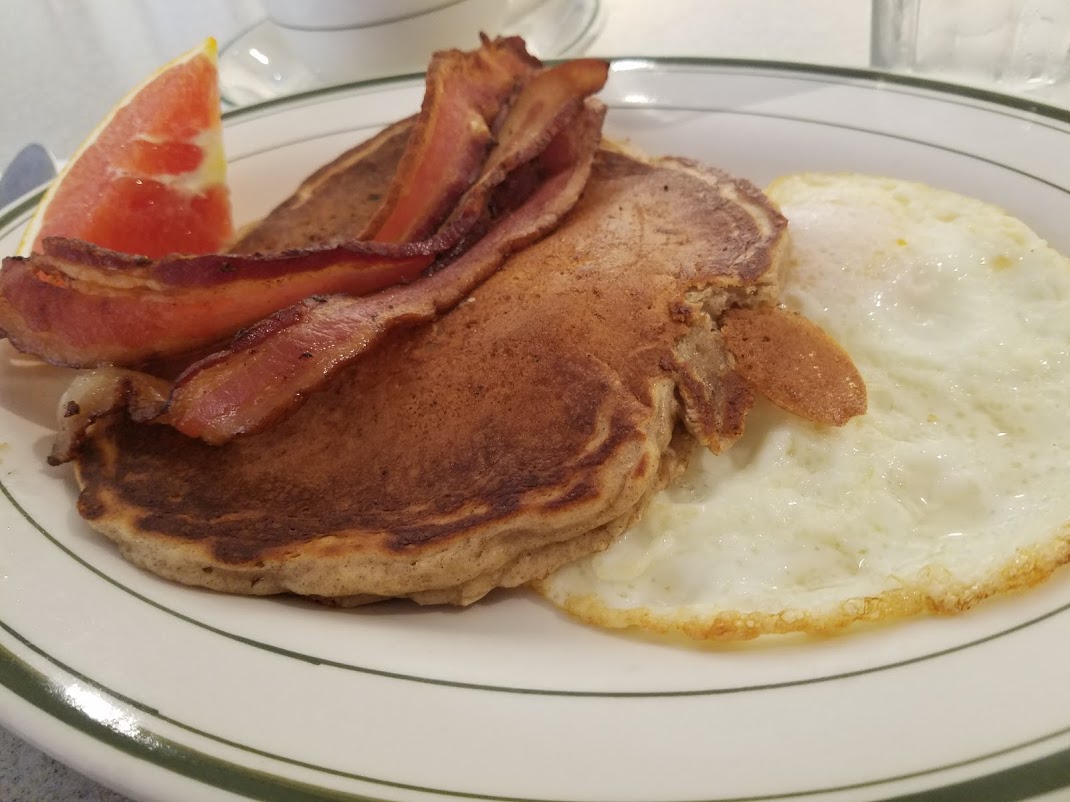 Over medium eggs, bacon, and a single gingerbread pancake. It was all perfect, but what made it even more special was the jug of pure Vermont maple syrup getting passed around. At no extra charge. Amen.

After a quick breakfast, we headed out to Stowe, VT to stock up on Heady Topper. 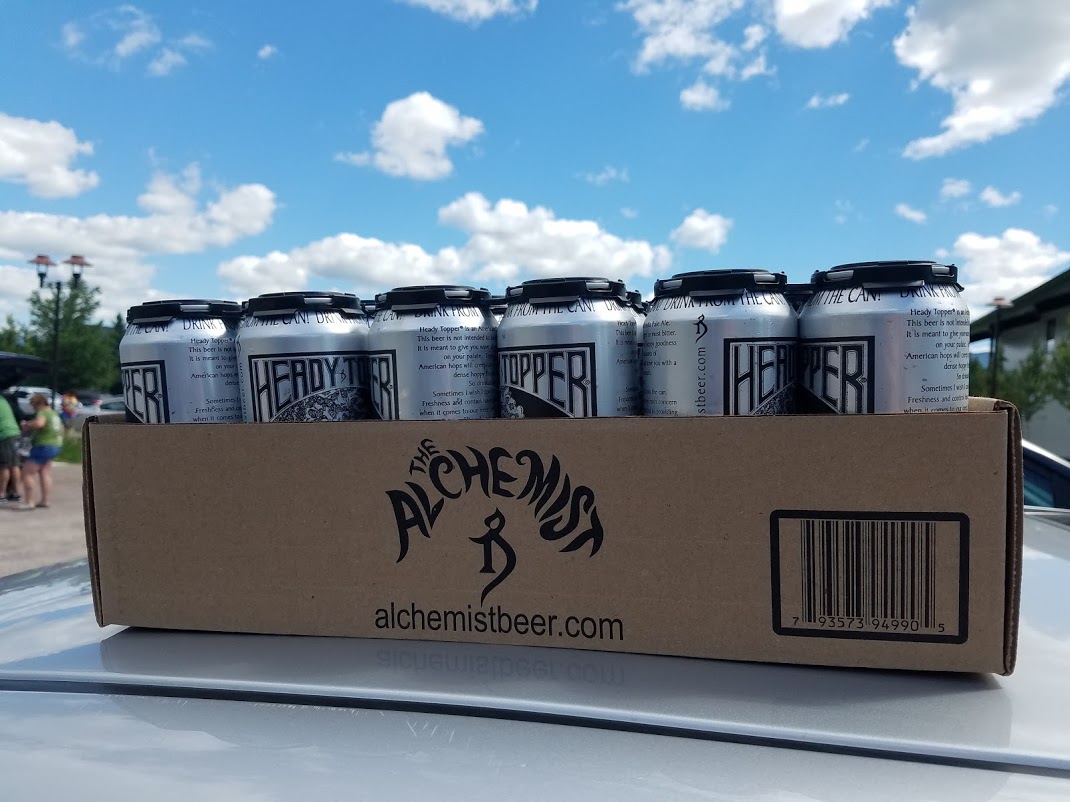 1.5 hours later and after meeting a few new friends, we had our share (2 four packs each) and made a pit stop at the Ben and Jerry’s Factory on the way out.

There were a million kids running around and an hour until the next tour, so instead of waiting we just walked around a bit, bought my niece a totally adorable tie-died onesie, and headed out.

Next up, lunch time. Naturally, I made sure we hit up Prohibition Pig, where we took “indulging” to the next level with some southern-inspired Cracklin, honey chipotle double fried chicken wings and to keep it healthy, the falafel burger. 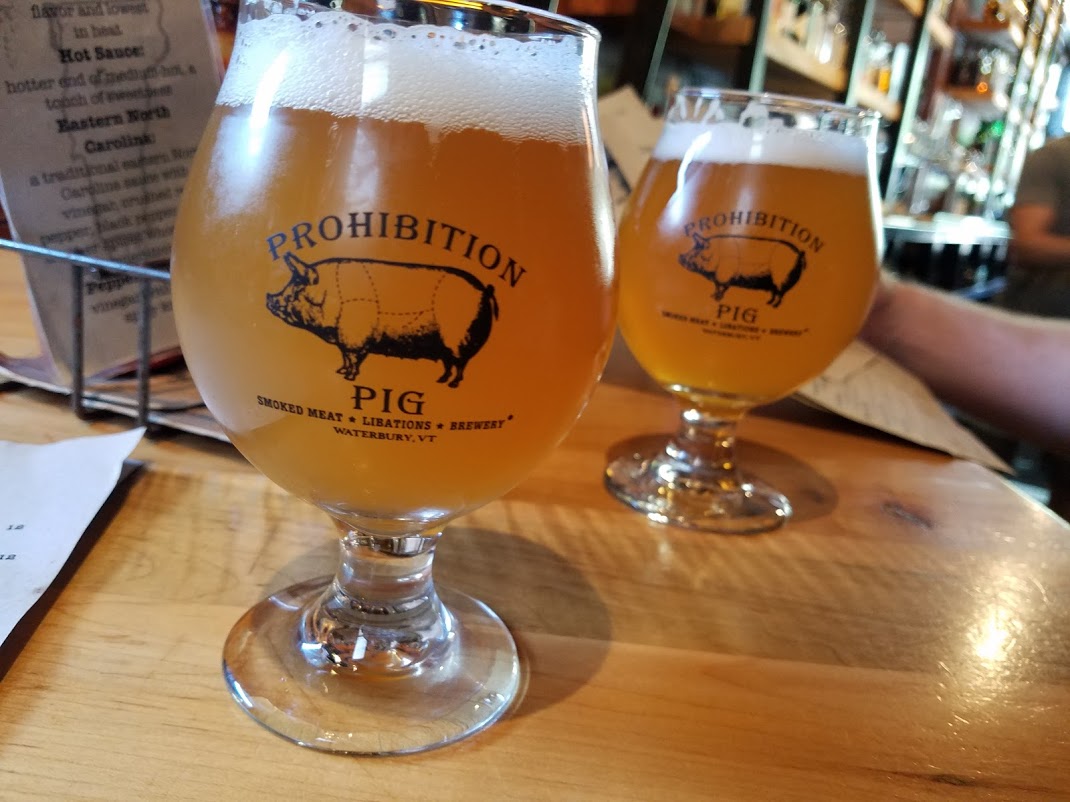 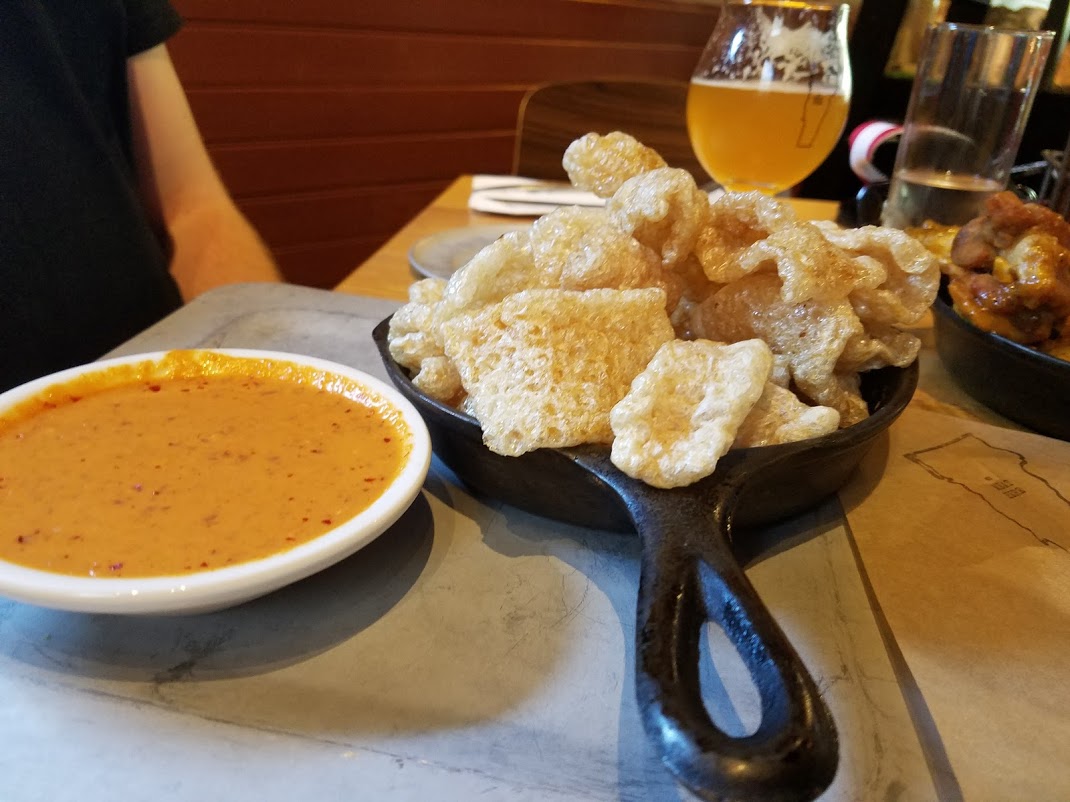 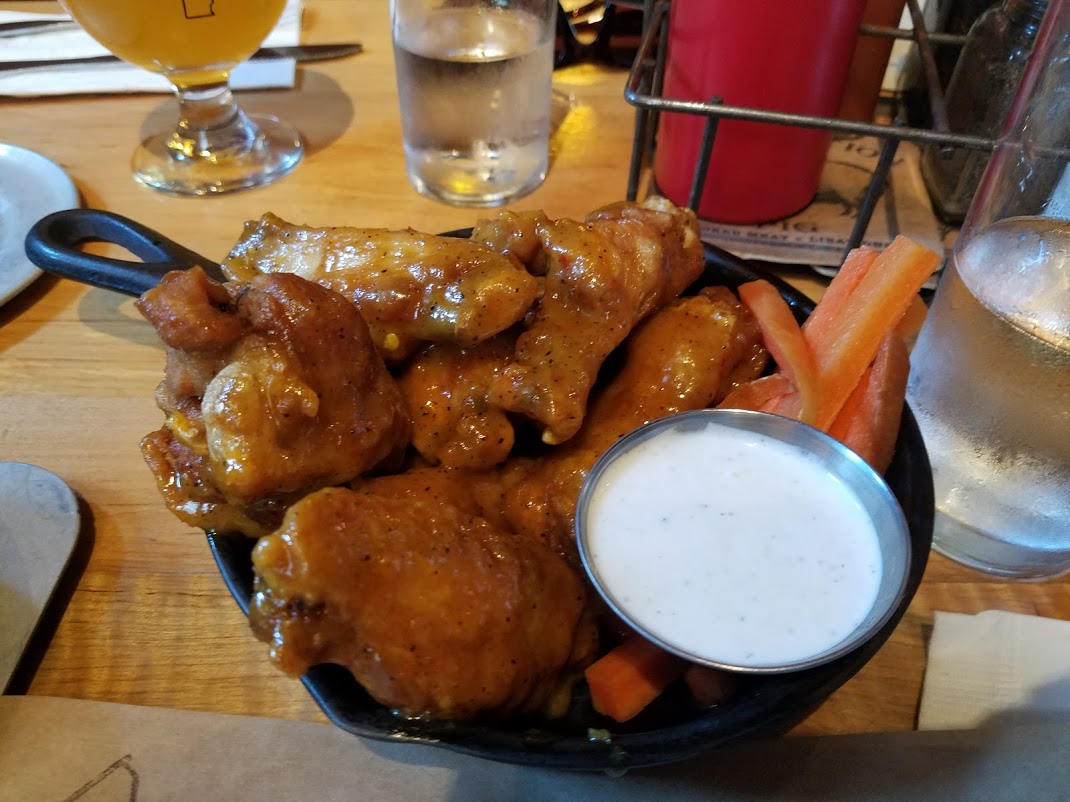 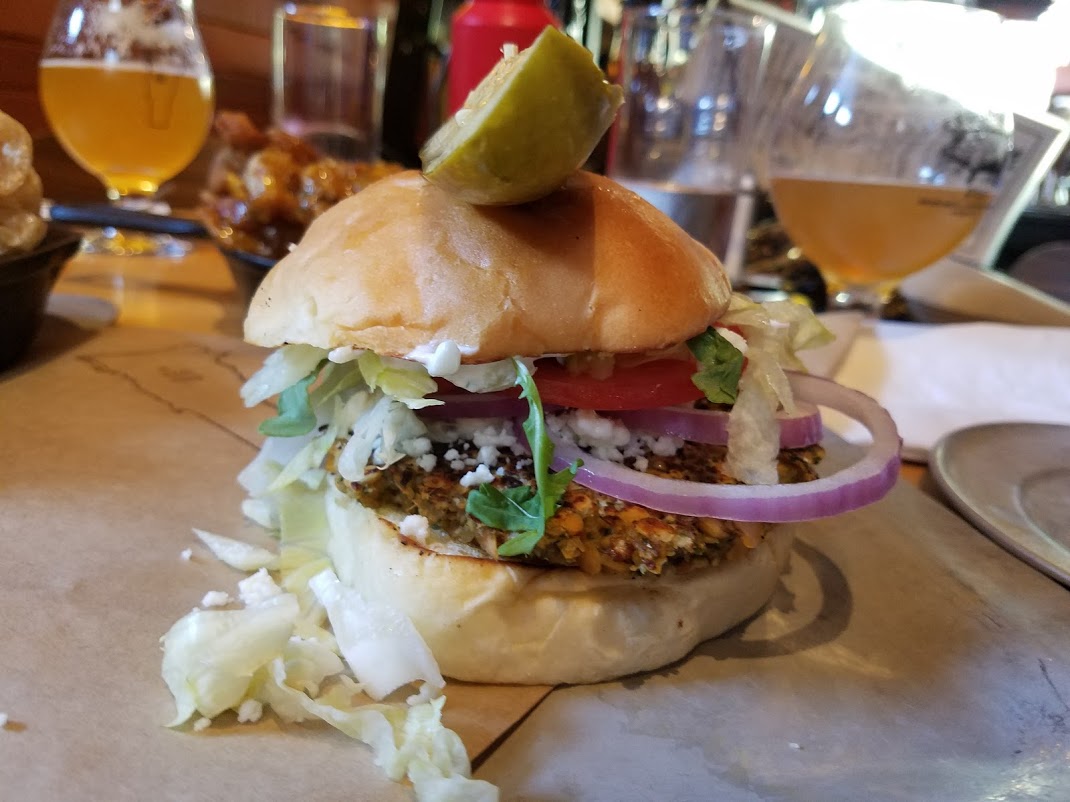 The food coma was real. Shout out to our friends from The Alchemist who gave us their table as they were leaving. It was pretty awesome.

We then headed back to Burlington and after many miles of walking and some time later, we hit up Pizzeria Verita for dinner. 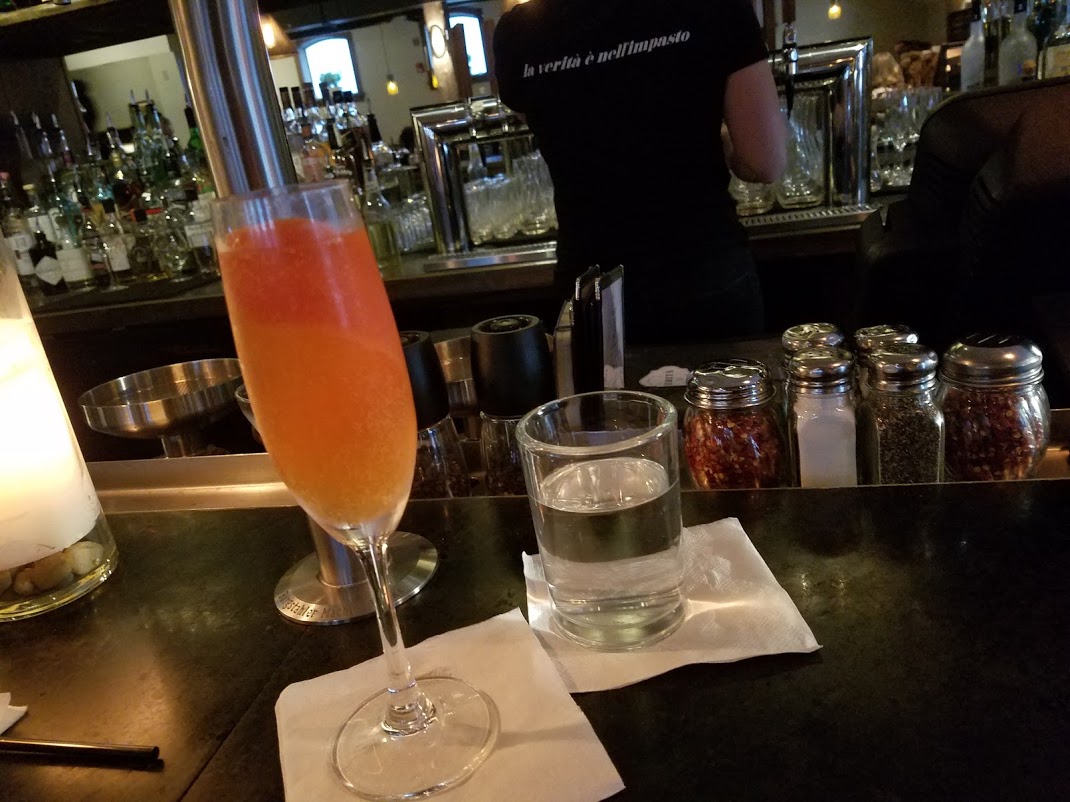 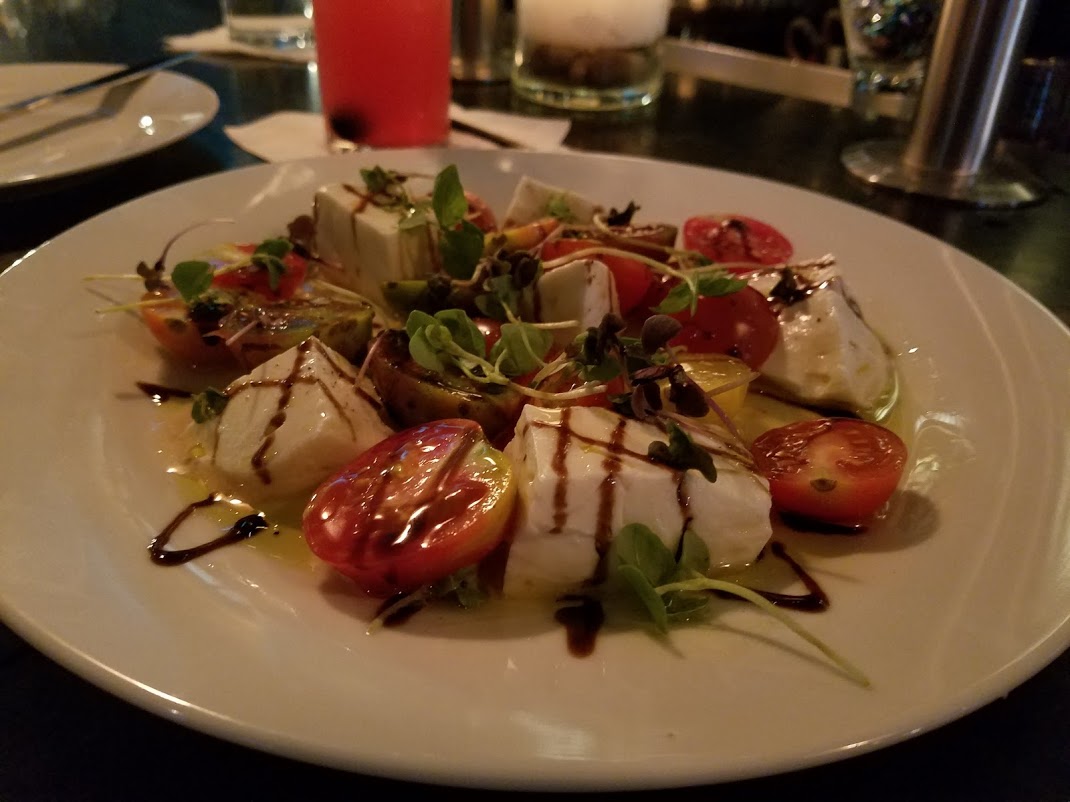 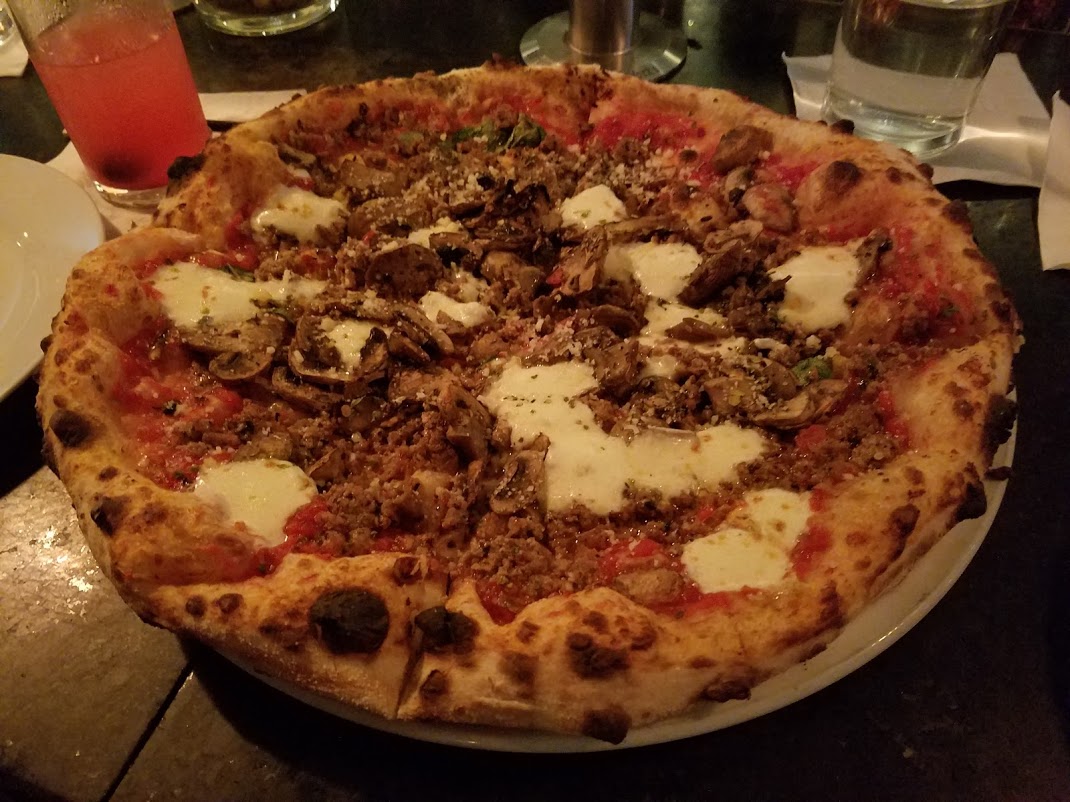 Can I just say… I never really experienced a caprese salad until I visited Burlington. I mean, of course I have had caprese salads, but the ones I had here were just out of this world – in a whole different category than ones I’ve had in Saratoga.

The mozzarella alone changed my life, and then with those super super ripe and in-season tomatoes? That is/was my nirvana.

After what seemed like SO MUCH food and maybe a little too much to drink, the next morning I insisted on going for a run.

We ended up following a trail down by the water and low and behold found this amazing beach. 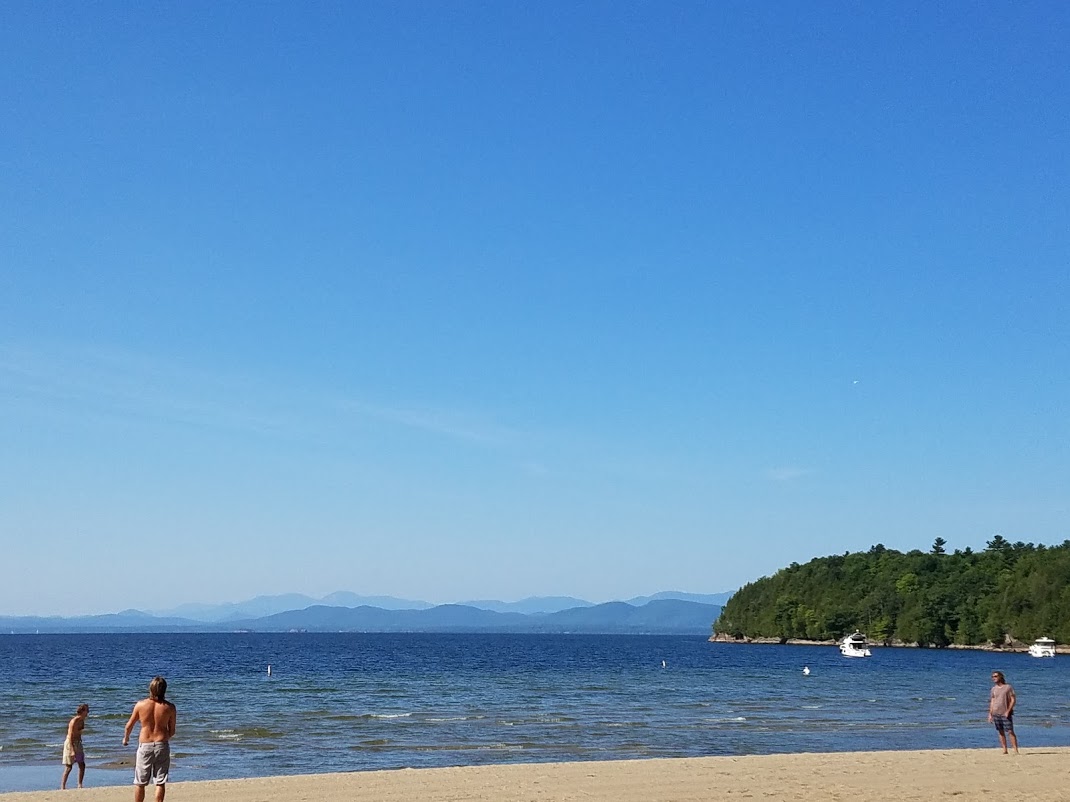 I do not know the men playing frisbee, but they were in the way of the mountain view, so they are making a cameo in my picture.

Next time I visit Burlington, you better believe this beach is on my list of places to be!

After the run, we started wandering around looking for food. Something that’s somewhat similar to Saratoga in the summer is that in Burlington, every restaurant is PACKED. Especially around breakfast time.

We ended up going back towards Penny Cluse and decided on their sister restaurant, The Lucky Next Door.

We ordered a piece of toasted banana bread with a scoop of their maple walnut cream cheese, their quiche of the day, salted watermelon, and a yogurt and granola parfait. 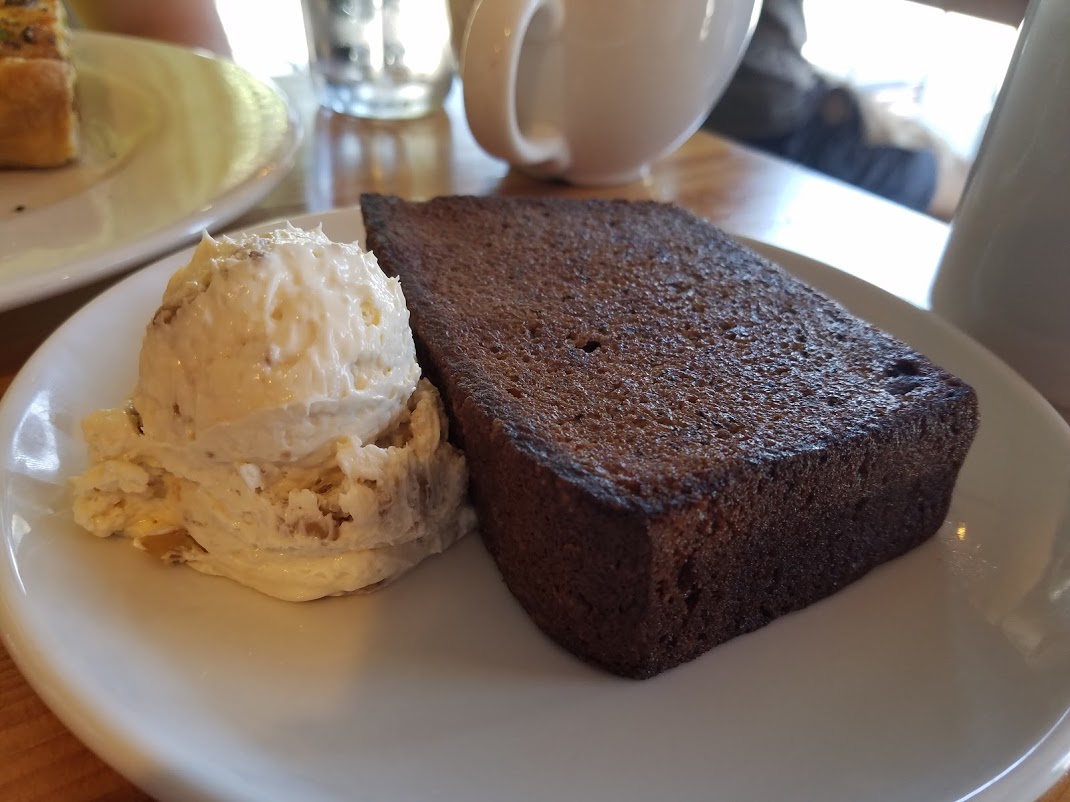 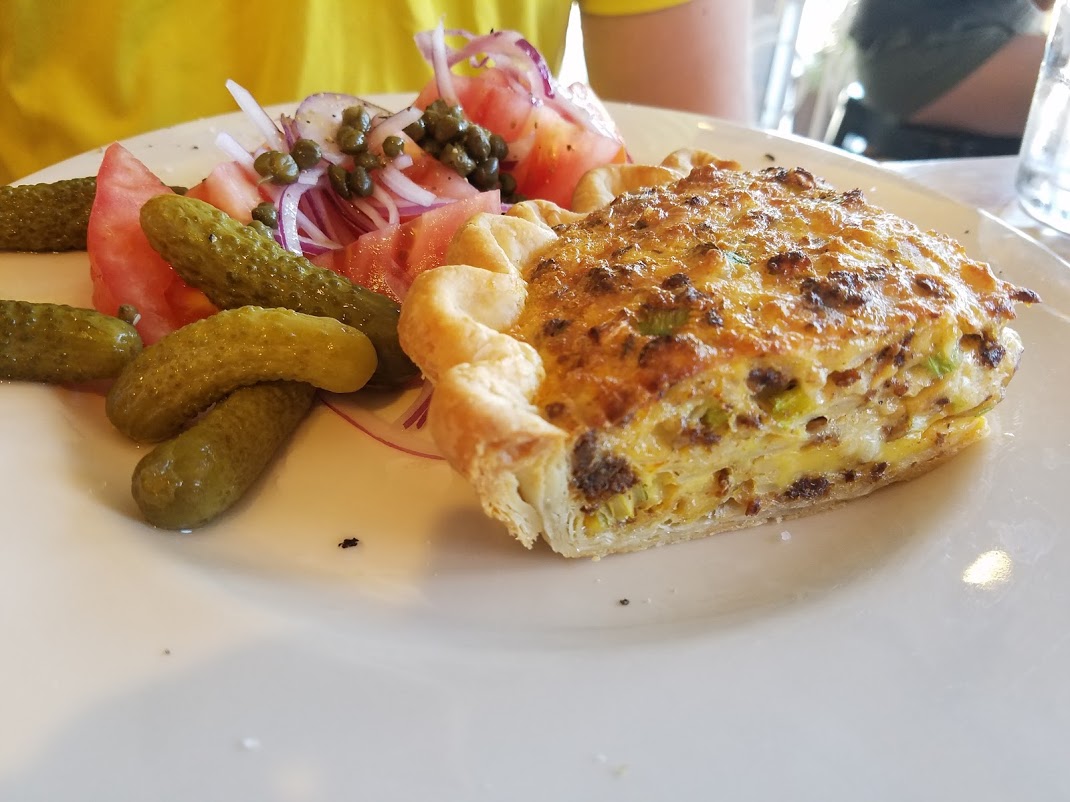 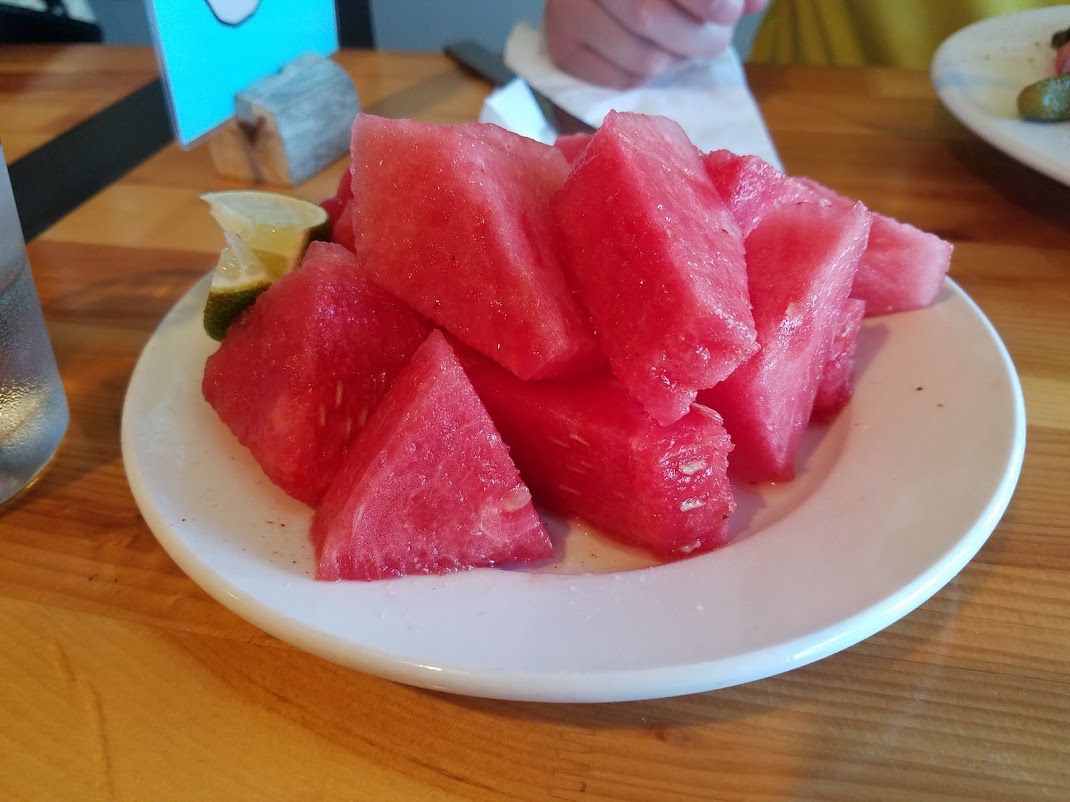 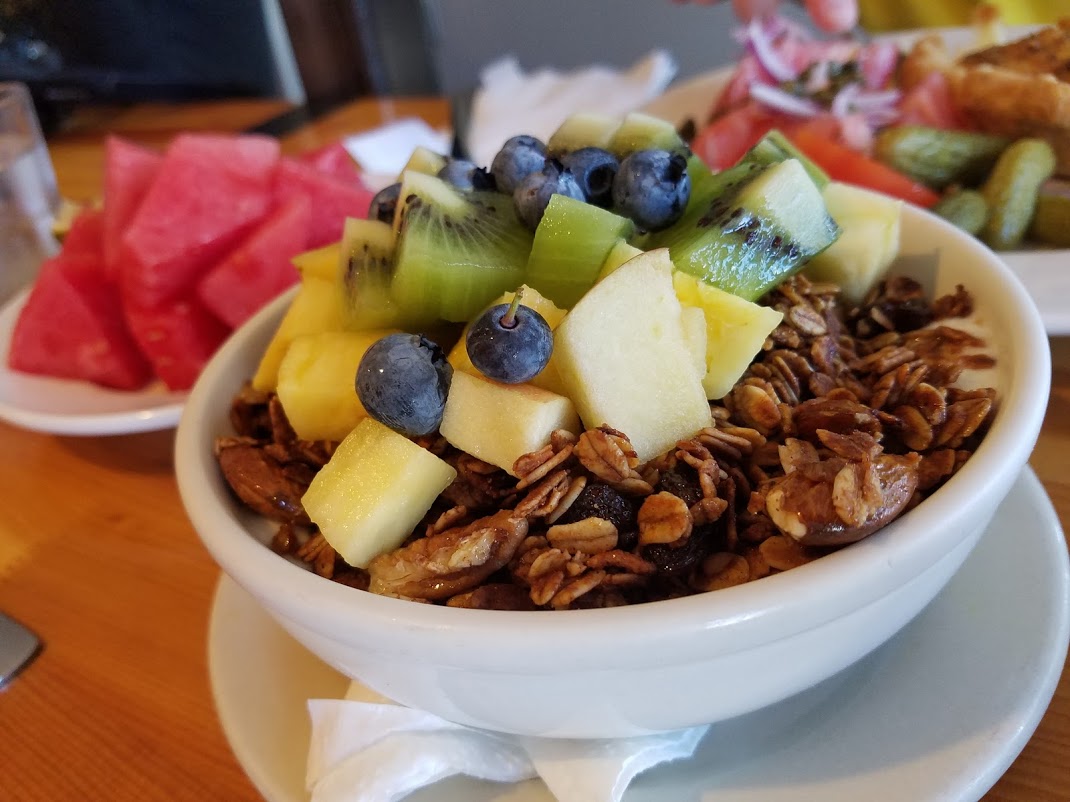 Perfection. The quiche, the banana bread, and even something as simple as salted watermelon were all so delicious and well-done. Seriously impressive.

A few hours later after miles and miles of walking, it was time for drinks and a snack.

Next up – El Cortijo.

Say hello to my little friend, a Mezcalrita made with rhubarb puree. 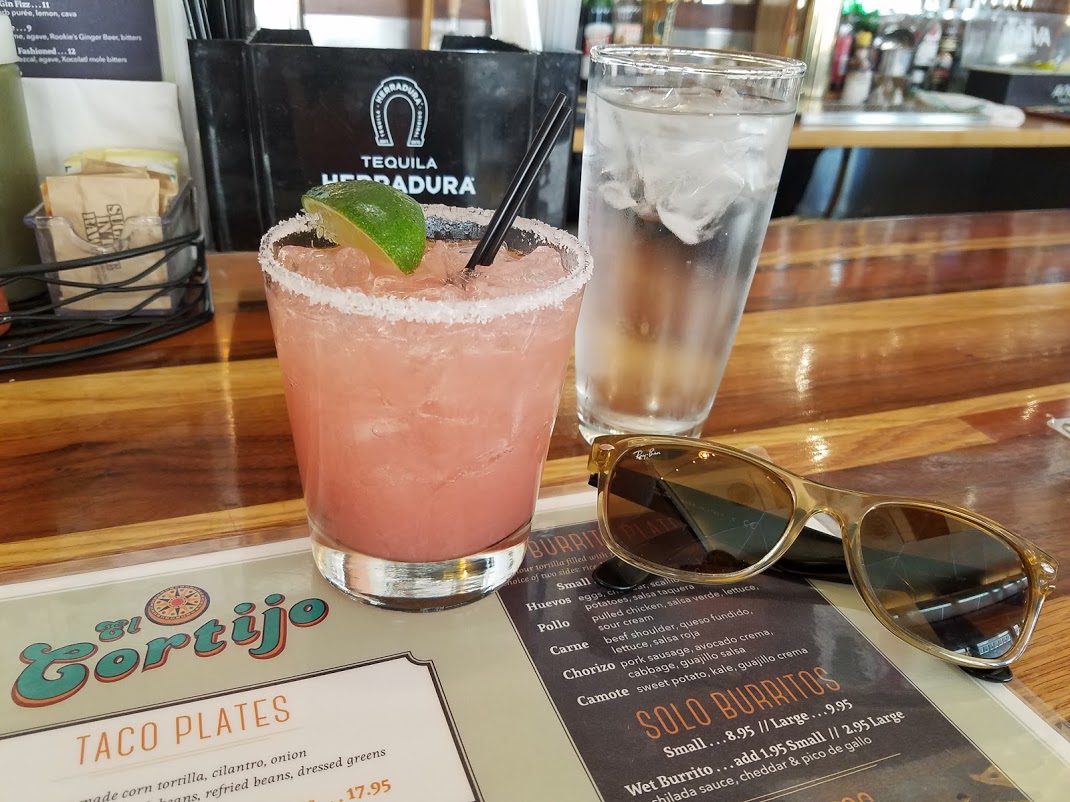 After I went for a second one of those, we decided we were hangry (drunk munchies, of course), and I ordered the veggie taco special. 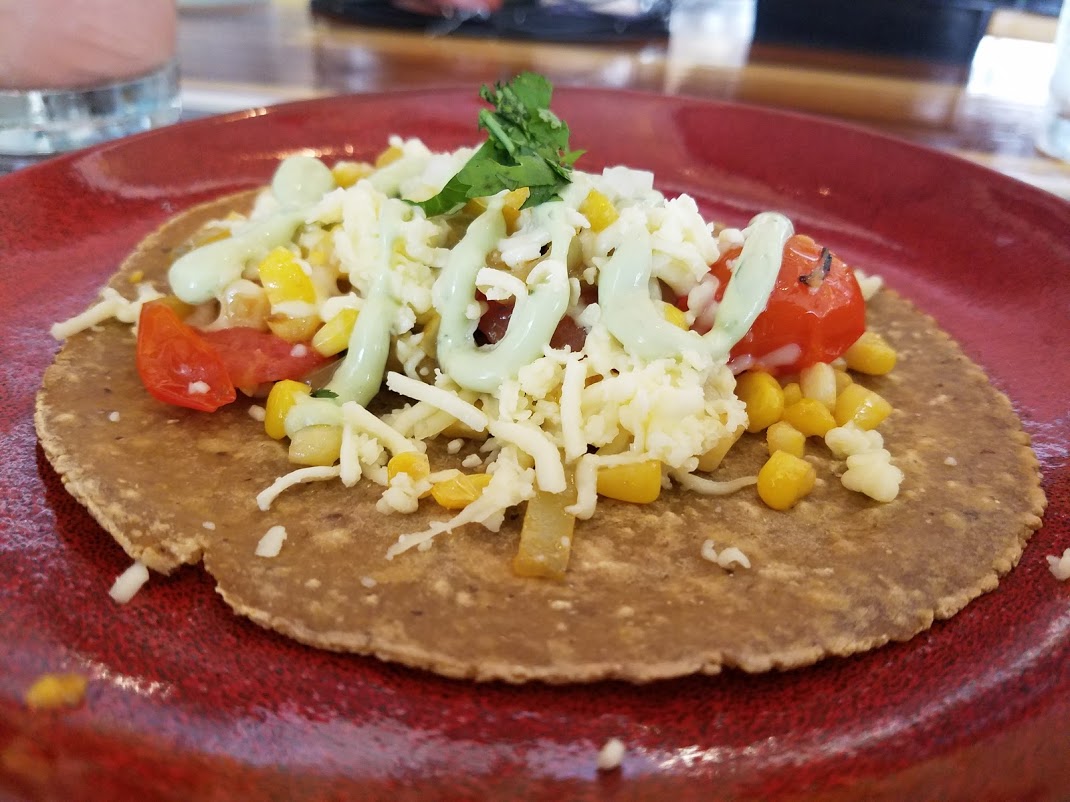 This had roasted corn, blistered cherry tomatoes, and roasted peppers with an avocado crema and fresh cilantro.

OMG YUM. Surprise, surprise, they make these corn tortillas in house. What a huge difference it makes.

It didn’t have that gross, rubbery texture that a lot of corn tortillas have, and it also didn’t fall apart like they do either.

After this we hit up Mad River Distillery, and then after a 2 hour nap, we went to Hen of the Woods which coincidentally was like right next to our hotel.

By 7pm (which is when we went to dinner), I was a little out of it. Maybe it was the tequila, maybe it was heat exhaustion, but sadly I didn’t get any photos of the food from then on out.

I can tell you what we had though. For starters, we ordered the Parker House Rolls that come with their cultured butter, the tomato and mozzarella salad (because I couldn’t resist), and the steak tartare.

BTW – the mozzarella is made in house, and it was still warm when it was served. STILL WARM. Tim went to the bathroom at one point and I also ate the entire thing.

I also ordered the roasted broccoli plate which was served over farro and goat cheese.

If you’ve never made the trip to Burlington, VT and you love food, this city is a MUST. Their food is super simple, and just goes to show how amazing ingredients can develop amazing flavors, without a whole lot of fuss.

Being that it’s just 2.5 hours, I’m sure we’ll be headed back as soon as that Heady Topper supply runs out. 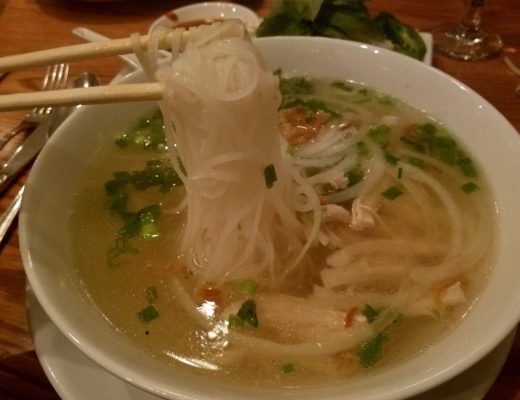