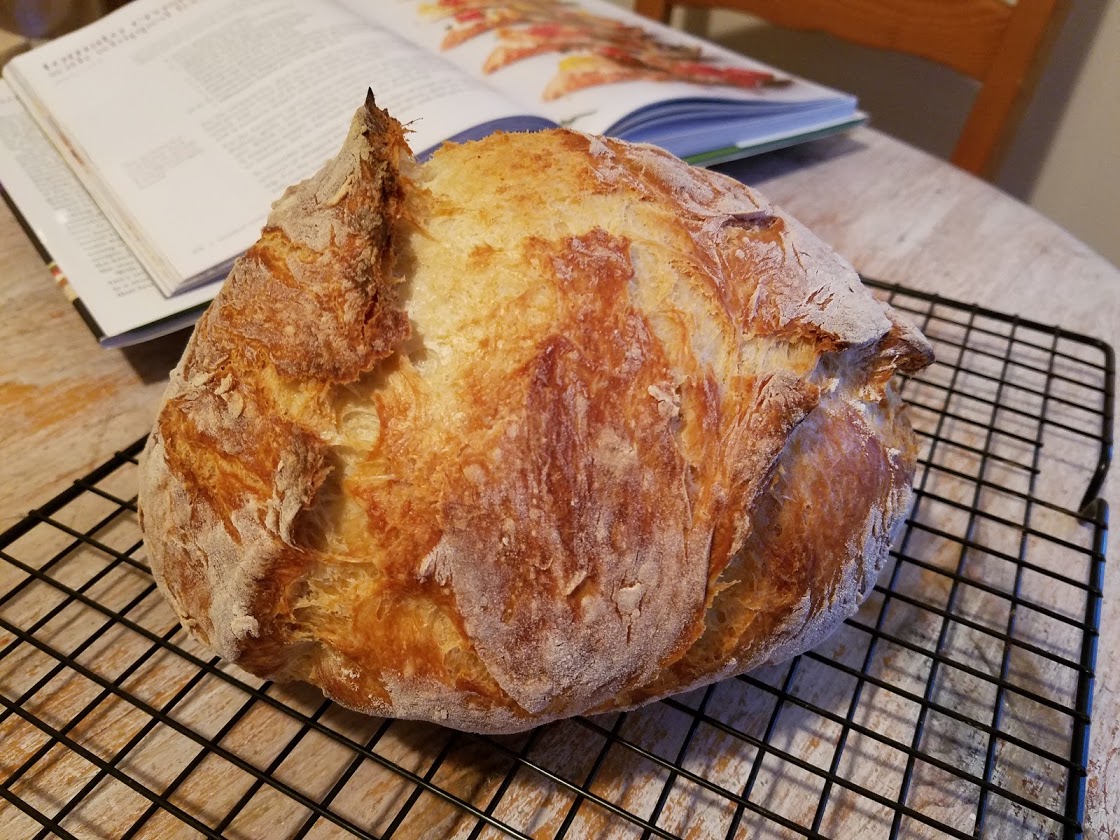 Picture this: A bread recipe that requires no kneading, no bread machine, and almost no effort whatsoever.

Well it exists, and the only important tool you need is a dutch oven.

You see, just a few days ago, I posted a picture on Instagram of a big, round, beautiful loaf of crusty bread.

I’ve been making this recipe for almost 5 years now, and it’s seriously the only bread I’ve ever made. The reason? Because it’s SOOOOOO easy and SOOOOOOO good.

I found the recipe right around when Pinterest became a thing, which means I’ve been holding it near and dear to me for many years.

So are you ready to try some of the best homemade bread you can make?

Here’s the recipe (adapted from The Comfort of Cooking):

In a large bowl, stir together the flour, salt and yeast. Next, stir in water using a wooden or rubber spoon until the mixture forms a shaggy but cohesive dough. Do NOT over-work the dough. The less you “work” it, the more soft, fluffy air pockets will form.

Cover bowl tightly with plastic wrap and let the dough sit at room temperature for 12-16 hours. The dough will bubble up and rise.

After dough is ready, preheat your oven to 450 degrees F. Place your Dutch oven, with the lid on, into the preheated oven for 30 minutes.

While your Dutch oven preheats, turn dough onto a well-floured surface. With floured hands, form the dough into a ball. Cover dough loosely with plastic wrap and let rest.

After the 30 minutes are up, carefully remove Dutch oven. With floured hands, drop the bread dough into it.

Carefully remove bread from oven and place on a cooling rack.

That’s IT. It’s that easy. Try it for yourself this holiday season. I can guarantee it’ll be a huge hit!

Halloween Treats Made at Home