I’m extra excited about this one because it’s a new restaurant that I’m highlighting today! Nani’s Indian Kitchen opened on Friday, November 27th and has been making a name for themselves ever since.

Naturally when I heard Ballston Spa was getting an Indian restaurant I was ECSTATIC. Probably my favorite kind of cuisine, we order Indian food at least a few times a month (if not more.) As soon as I decided to do this take out week feature, I knew it was time to try Nani’s for myself.

I gave Tim the reigns in ordering this time because he usually has pretty good judgment (he did marry me, after all) and I was pleasantly surprised with what he chose.

Holy smoke stacks, this appetizer platter was delicious. I know at first glance it just looks like a bunch of fried food, but the layer of batter simply gives a crisp shell to the pillowy, fluffy fillings of what each appetizer had inside.

And then, the entrees. Tim went with the trifecta: Aloo Gobi on the far right (vegetarian), Chicken Curry in the center, and Lamb Vindaloo to the left.

The meals also come with rice, and then we did a double order of the garlic naan which OMG WAS SO GOOD.

The garlic butter that they use on it is ADDICTIVE. I could’ve eaten the double order to my face and called it a night.

All three of the entrees were great. Being the veggie lover than I am, I was drawn to the Aloo Gobi for its mild heat and warm flavors that the veggies absorbed. However, I found myself basically drinking the curry sauce out of the container because a spoon wasn’t a good enough vehicle to get it into my mouth. I know, it’s an aggressive move, but someone had to do it.

The Lamb Vindaloo was tender and spicy, but not an overpowering kick that will make you grab the milk out of the fridge.

All in all, I was blown away. I was hoping this meal would be good, and it far exceeded my expectations. A reader and I were actually messaging about it, and he said it best: It’s the type of food that makes you feel like you’re eating in someone’s home, not a restaurant.

And that’s exactly right. When food is made with so much love and authenticity, you can really taste it.

If you haven’t heard of Nani’s, here’s all the info you need:

Stay tuned for the final day of take out week, coming atcha tomorrow! 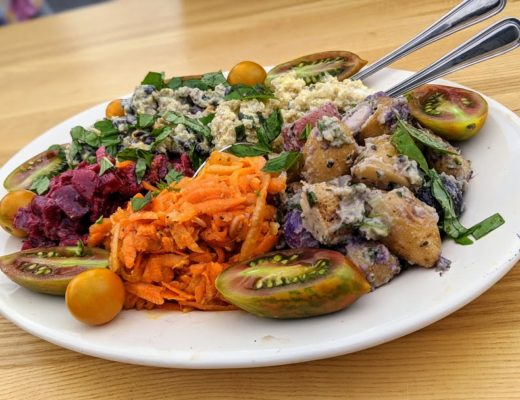 Dining Out at 9 Miles East 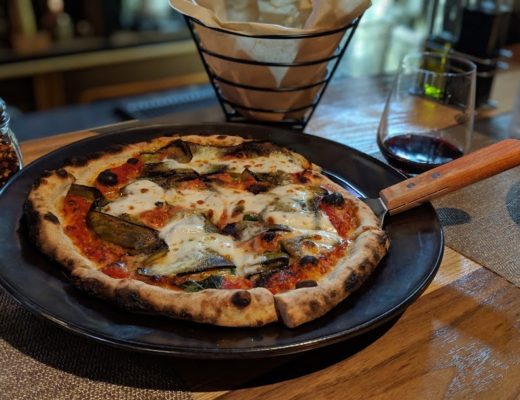