Ohhh baby have I been excited to write this one. Last week Tim asked if I wanted to go out for a little date night, and of course I said yes (especially if he’s paying.)

So when it came to figuring out where we were going to eat, we both almost instantly blurted out The Wine Bar. We’ve been meaning to go back there, especially since Chef Dominic Colose has returned to the kitchen.

Before I go any further, I’ve gotta tell you I have some bad news. 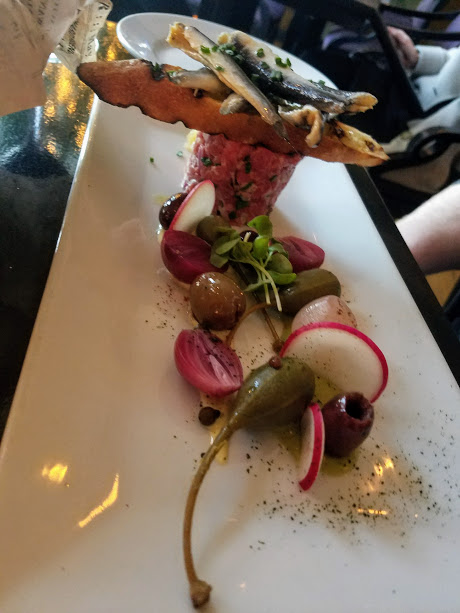 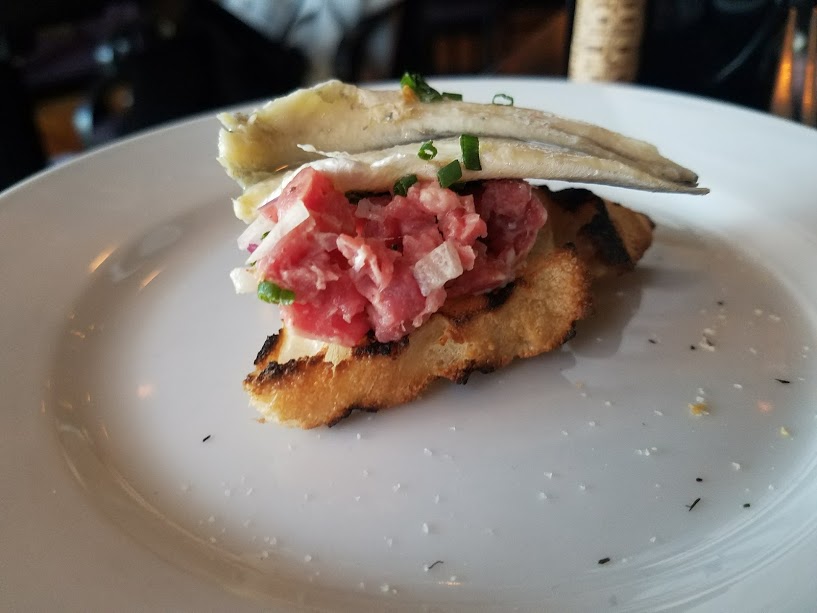 I’ll be honest… I’m usually one to pass on anchovies, but I’m always willing to give them a try. In this case, they were so mild in the traditional fishy flavor, and really just gave a rich and salty addition to the raw meat. 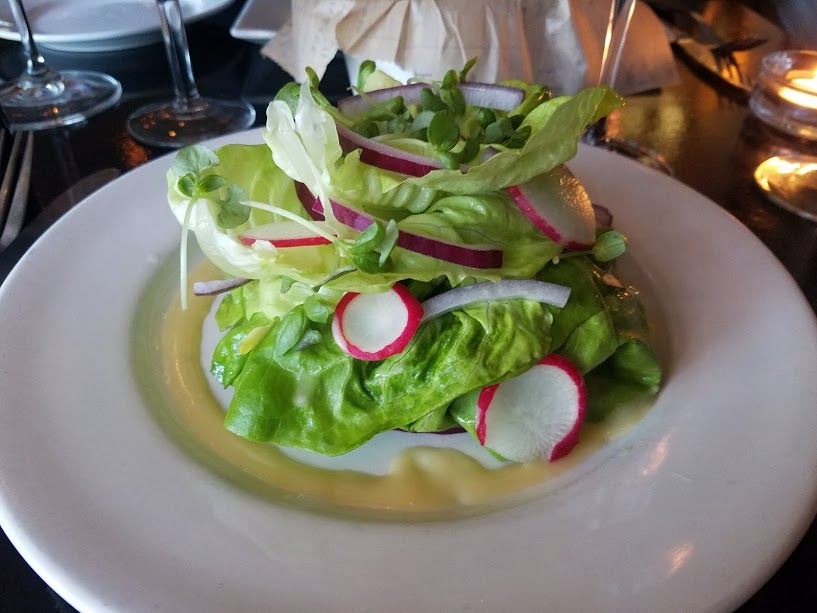 It’s called the Simple Salad, and it looks quite simple, but the flavor of that dressing is anything but. It brings this salad to life, and is such a great starter before an entree.

Speaking of entrees, I had a tough time choosing. The last time I ate at The Wine Bar when Chef Colose was there, I had the Moroccan Chicken and I have never stopped thinking about it. Of course, when I saw it on the menu again so many years later, I was drawn to it. (Like seriously, I need that spice rub recipe ASAP.)

But then I had to remind myself that I eat chicken EVERY. SINGLE. DAY. And how often do I get to eat lamb chops? Never. 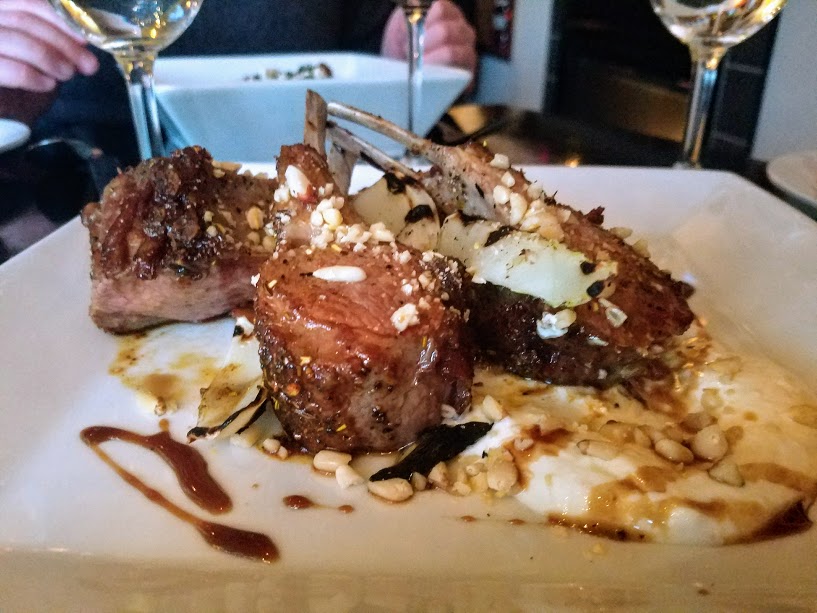 Everything about this was perfection. The temperature of the meat, the charred fennel seed that crusted the outside, the cool yogurt sauce, the sweetness from the eggplant and honey, and the crunch of the pine nuts.

The flavors of this dish will keep me coming back for more and more. It was balanced perfectly.

I’ve said it before and I’ll say it again and again and again, Dominic Colose is one of the greatest chef’s we’ve seen in our area and we are super lucky to have him back in the kitchen again. He is exceptional.

So get yourself out to The Wine Bar for dinner and fall in love with this food as much as I have. His new Spring Menu drops on April 12th (Thursday) and will include menu items like Scallops with Truffle Risotto, Cornish Hen, Prime Strip Loin, and more.

Restaurant Week: Dinner at Javier’s for $30 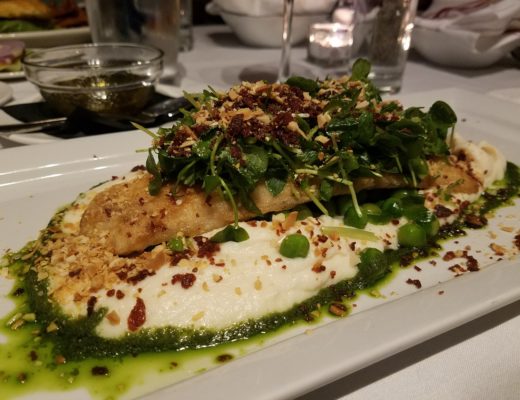 Some Much Needed R&R… The Restaurant