When the lighting is so bad in a restaurant, I hesitate to post about my meal because I genuinely think it makes a difference when you can see what the food actually looks like. However, because of restaurant week and because it’s my job to inform, I’ve done my best with what I’ve got. Please forgive me for the terrible pictures…PLEASE!

I had the pleasure of joining my boyfriend’s family for dinner over at The Prime at Saratoga National for restaurant week and was pretty excited to try what I thought was one of the best looking menus I had seen for this week-long event. Not only was I excited for that but how can you not be thrilled to visit one of the finest restaurants in Saratoga for dinner? I mean really.

We arrived earlier than our reservation and enjoyed their well known happy hour until our table was ready. With a rather crowded bar area and bustling dining area, you could tell they were prepared for a busy evening. Finally we were seated and as you know from earlier in the post, it was a darker area of the dining room, which sure, it sets the mood but as far as seeing people around you and taking pictures of your food, I would consider it a failure.

For my first course, I was wrestling with the thought of getting the roasted cauliflower soup or the shrimp and grits, but because I enjoyed a delicious cup of soup at The Wishing Well earlier in the week, I switched it up and ordered the shrimp and grits.

While the picture doesn’t do much for me, the shrimp and grits did. With the creamy chile polenta sitting in a light and subtle shrimp fume, it was much much better than what I was expecting. The shrimp were perfectly pan seared and the roasted cherry tomatoes and asparagus added a much needed texture. I thought this appetizer was absolutely wonderful and very well portioned, leaving me with enough room in my stomach for my entree.

Speaking of my entree, I ordered the Chimichurri Marinated Coulotte Steak.

This is where the poor lighting really cramped my style. You can’t see the beauty of my medium rare steak, the fluffiness on these garlic whipped potatoes, or the golden brown color from the roasted garlic. Here’s the breakdown for you. The steak was cooked perfectly as I ordered, however I did feel as though it was lacking seasoning. The asparagus were plump, slightly crunchy and well seasoned. The whipped potatoes are what really got me though. They were smooth and silky and the perfect compliment to a juicy steak. Talk about being indulgent, this meal was it for me.
And then there was dessert…

This little baby might look small, but wow was it packed with amazing flavor. This is the Chocolate Pot de Creme, which is raspberry cream mousse, dark chocolate crunch, and fresh raspberries. The raspberry flavor was subtle, but the chocolate was not. It was a divine combination of the two and was so smooth and velvety that when it hit my tongue it just disintegrated into my taste buds. I hate to admit it but this was by far my favorite part of the meal. Oh… did I mention I have a sweet tooth?
I really thought The Prime did well with restaurant week, but I have to admit I wasn’t as impressed as I thought I would be. I talked it up a lot on the way there, and that steak sans seasonings really let me down. Aside from that though, the service was stellar, the food was good and it was a great experience. Next time, I’ll add the salt!
Connect with me on Google+!
3 Comments
Share: 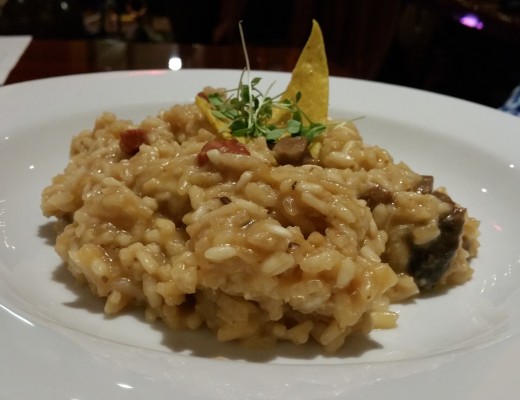 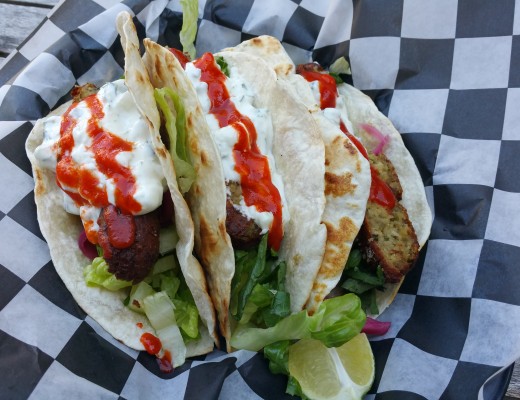