My job has many perks, and one of them is trying different products from all over the world.

When I was approached about becoming the “Speckulator of the Month” for Speck Alto Adige, I didn’t even think twice about it.

Speck Alto Adige is one of those meats that your mouth waters for. It’s one of my personal weaknesses, and paired with some fresh burrata, I enter into my own little universe of nirvana.

By definition, “Speck is the most treasured food product of the Südtirol, a distinctly flavored, smoked, cured ham that represents well the character of Alto Adige’s cuisine —a delightful and nuanced merging of Northern European and Mediterranean traditions. Speck is much lighter in flavor than the heavily smoked hams found north of the Alps, but more robust than the delicate, Mediterranean-influenced prosciutto made in San Daniele, Parma, and points south.

After three weeks of dry curing, the hams are gently smoked, using low-resin wood at a carefully controlled low temperature, to ensure that the meat remains sweet and takes on a mildly smoky flavor to compliment the distinctive seasoning. The smoking is accomplished gradually, for a few hours at a time, over a period of several months. The theory is that a slow, gentle process allows the smoke to penetrate through the meat, whereas a more intense, faster smoking merely concentrates the outer layer.”

To me, all of that means that the Speck Alto Adige I received is gold, and should be treated like gold.

With that in mind, I thought back to my trip last summer to Astoria, Queens when I stayed with my brother and sister-in-law and consumed like 15,000 calories within two days.

One of the things I ate that weekend will forever stay ingrained in my mind, the Tickle Me Truffle Panini at a little beer/cheese store. The sandwich consisted of a truffle cream cheese, cheese curds, and prosciutto sandwiched between two pieces of bread and finished with a drizzle of cherry preserves.

After I received my sample of Speck Alto Adige, naturally I thought back to this incredible sandwich I devoured in Queens, and thought to myself – it’s time to recreate it.

Sure, I understand that prosciutto and speck are different meats. While VERY similar, prosciutto is not smoked in the final step like Speck Alto Adige is. An added smokiness to this sandwich? Yes – I think I found my golden ticket.

So here’s what I did: 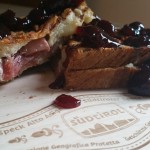 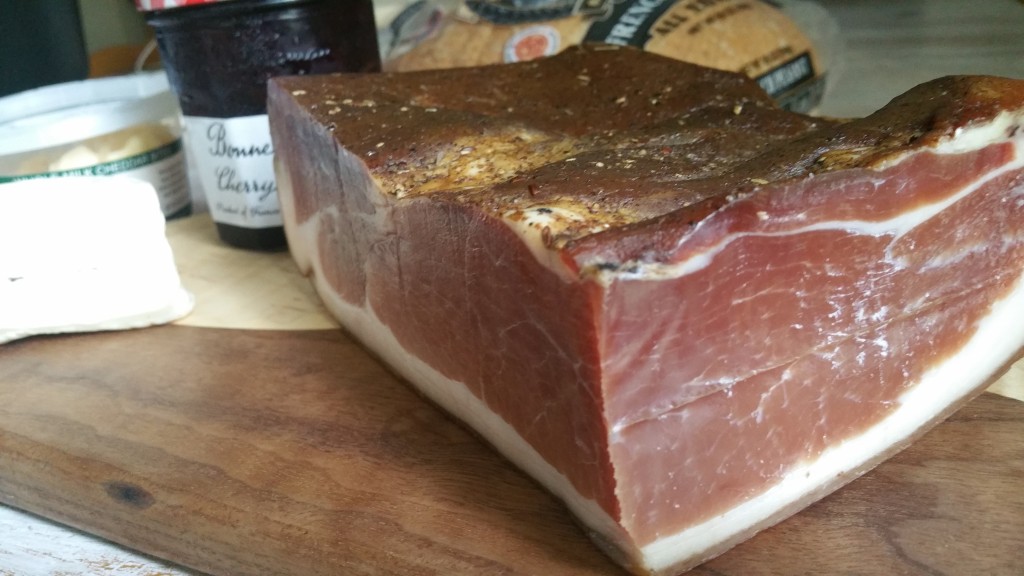 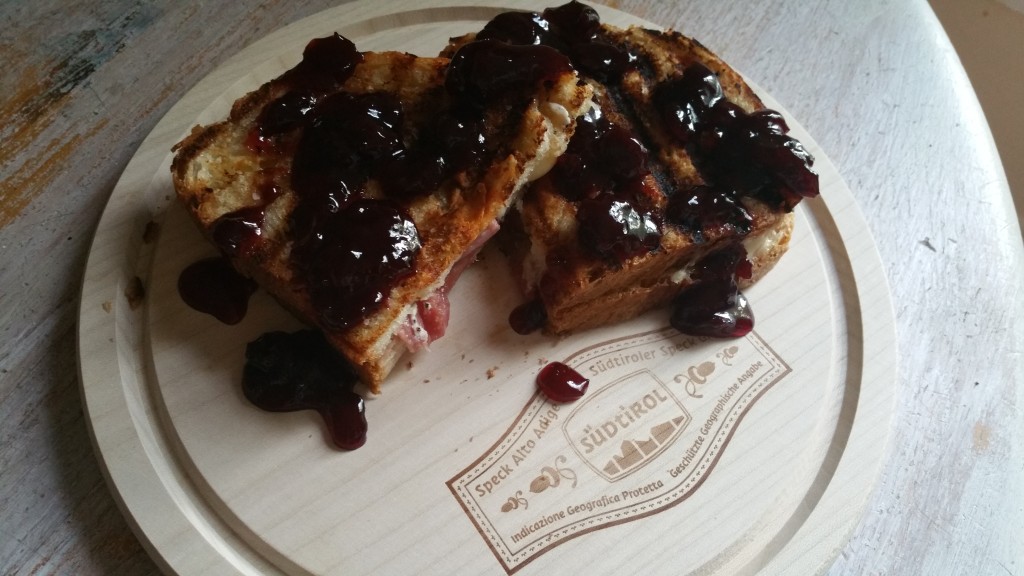 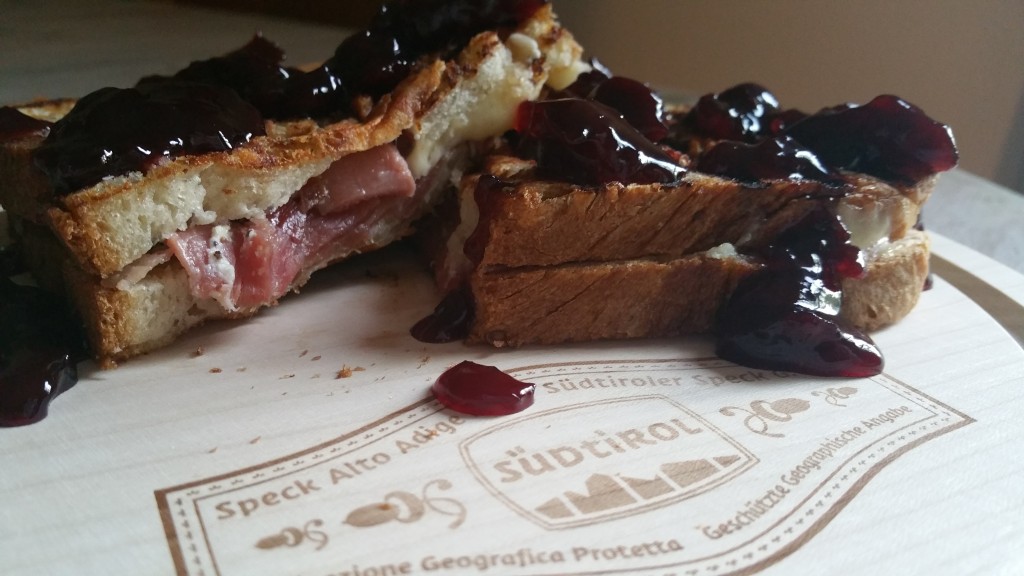 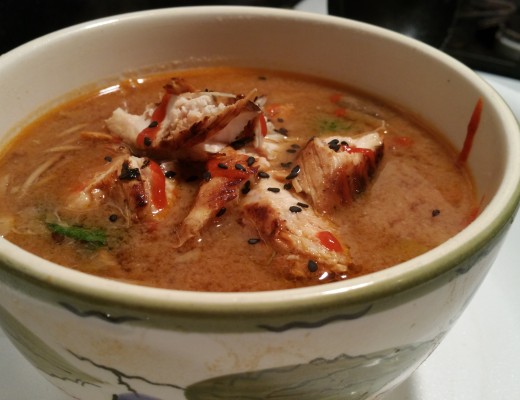 Kicking Off 2016 with Lame Food 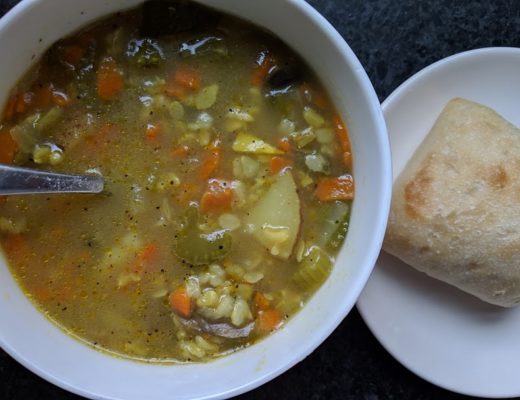 Health BEFORE the Holidays with 9 Miles East 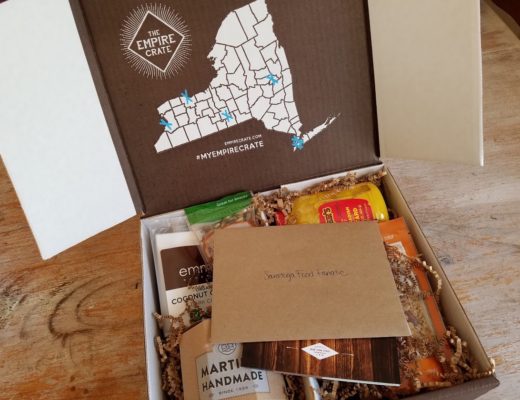