If you missed me last weekend on TWC News, I was live at Saratoga Race Course this past Sunday, walking around in the 90 degree heat to three of my favorite eateries at the track. Here’s a clip from the beginning of the segment.

Aside from me sweating on live television for the Capital Region to see, I also got to stuff my face with mac and cheese in front of the cameras, just before hitting up a place that I am shocked I’ve never written about.

That, my friends, is Pies on Wheels. 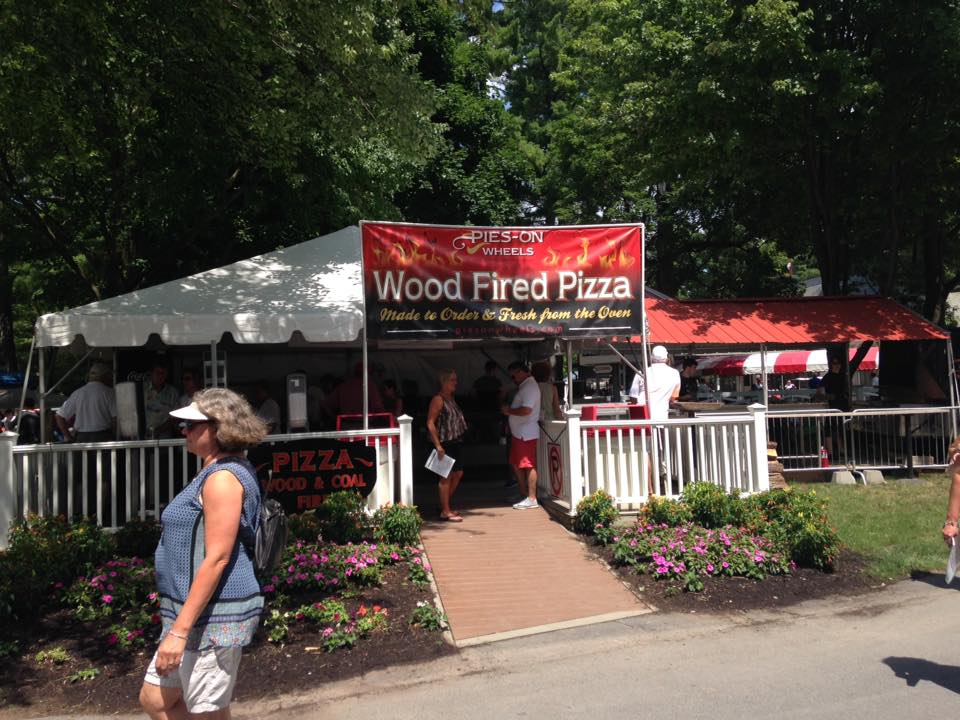 Truth be told, I’ve seen them around Saratoga for years, at farmers markets, various events, and even the track. But it wasn’t until I was doing my research for this segment that I finally took the time to order a pizza and learn more about them. And I can’t tell you how great of a decision that was.

Pies on Wheels is a wood fired pizza oven that’s literally on wheels, making it portable to bring essentially wherever they want it to go. PIZZA ON WHEELS. I feel like that’s a weird fantasy I’ve had dreams about before. But it’s real, and it’s amazing. 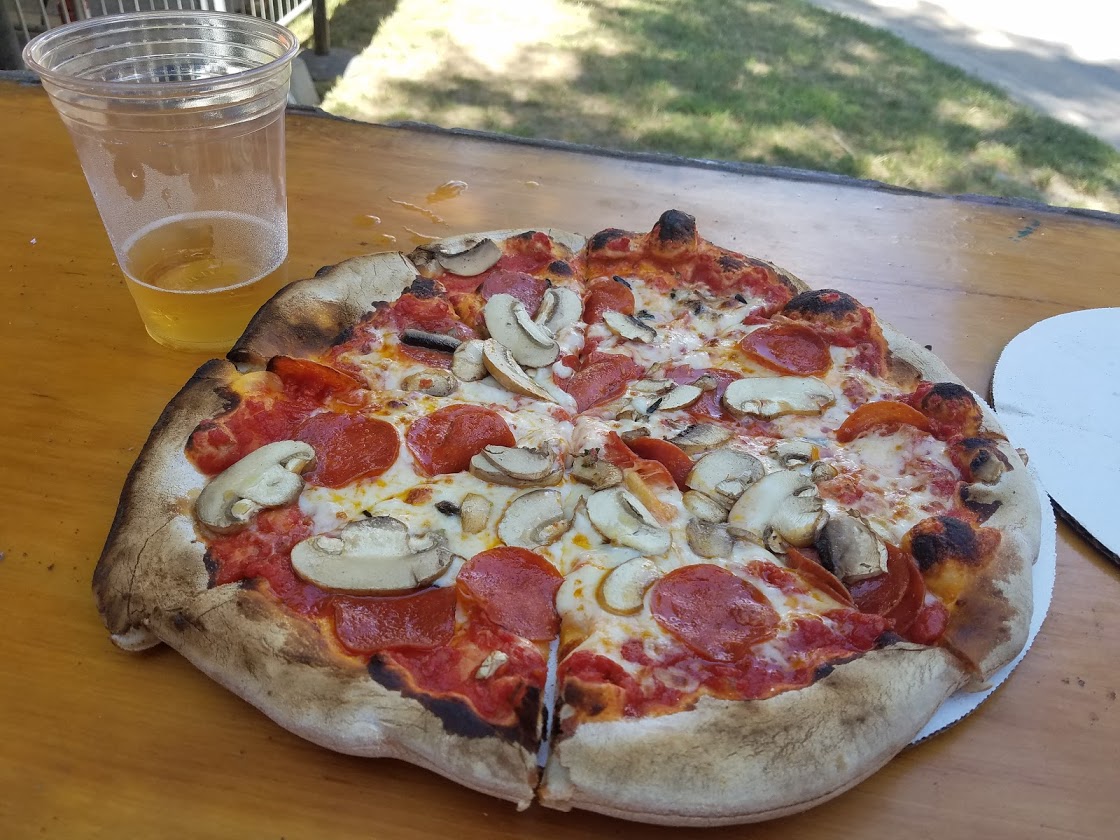 Not only does this oven get to about 700 degrees, but the pizza cooks SO FAST. In like 1-2 minutes, actually. They also source as many ingredients as they can locally, and they even have their own hydroponic basil in little planters underneath the counter and rip pieces off when they’re topping off pies. I’m in love.

If it’s wood fired, thin crispy crust and oozing melted cheese pizza that you’re looking for, look no further than Pies on Wheels.

Find them at Saratoga Race Course all season long, near the top of the stretch! 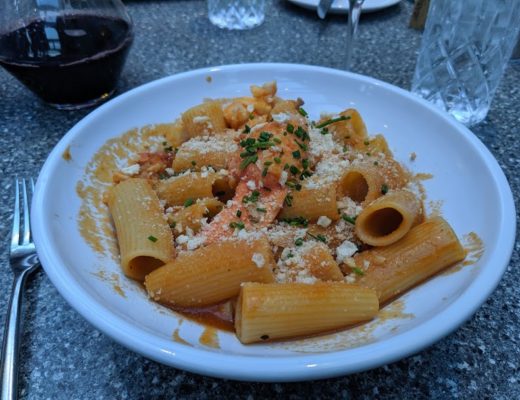 15 Church Patio is What Summer Dreams are Made Of 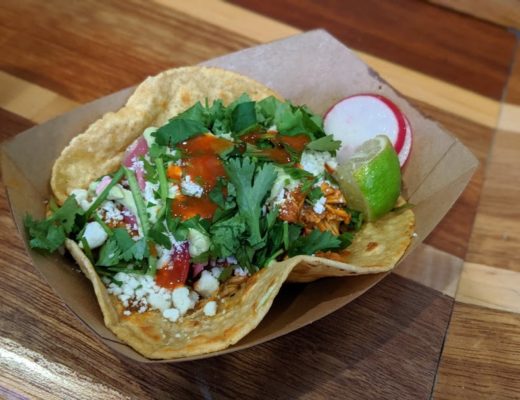 Tacos & Doughnuts: What Could Be Better?