You know that feeling when you’ve been working real hard at that summer body but you can’t help but devour all of the food and drink that’s sitting in front of you?

It’s not like this is something I don’t face too often, but the other night at Henry Street Taproom was unlike any other time.

Henry Street Taproom is kicking off their summer menu, and I have to say… this menu is fire.

Before I go any further, frequenters of HST, DON’T BE ALARMED. They kept some of the favorites, including the Scotch Egg and the Fish and Chips. But the rest of the menu? It’s allllllll new.

Okay, the cheese menu is still the same as well. BUT there are some really killer new menu items that you need to be aware of, especially if you like to eat seasonal, fresh, and inspired food!

So for starters, the Steak Tartare. This cut of meat starts off as a tenderloin, and it’s broken down into this gorgeous thick cut tartare, of course with a delicate egg yolk on top. What’s special about this tartare is that it’s definitely a little bit thicker than what you’d usually see when ordering a tartare. 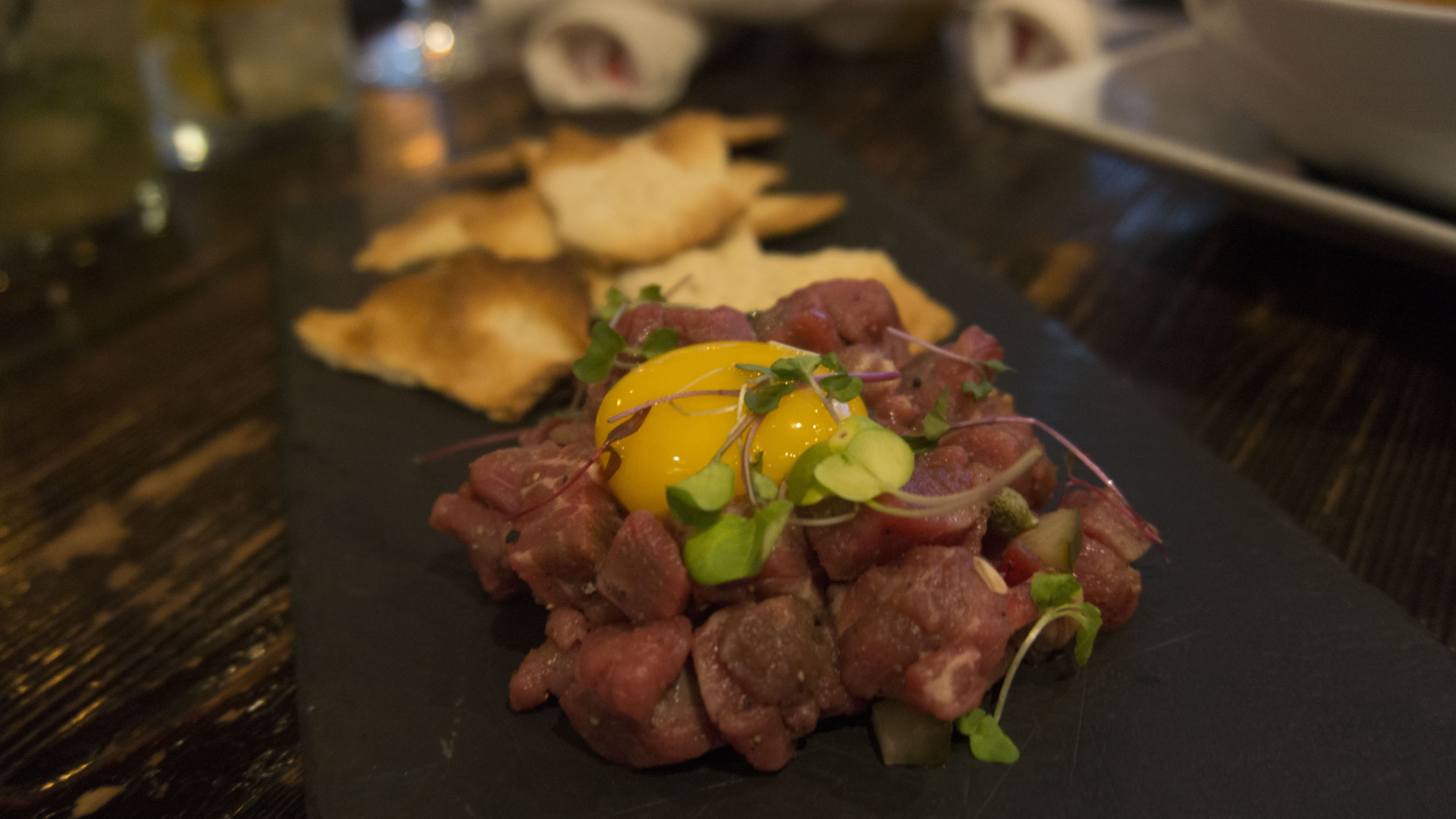 You can really taste the beef, and that’s pretty rad.

Next up, the truffle fries. 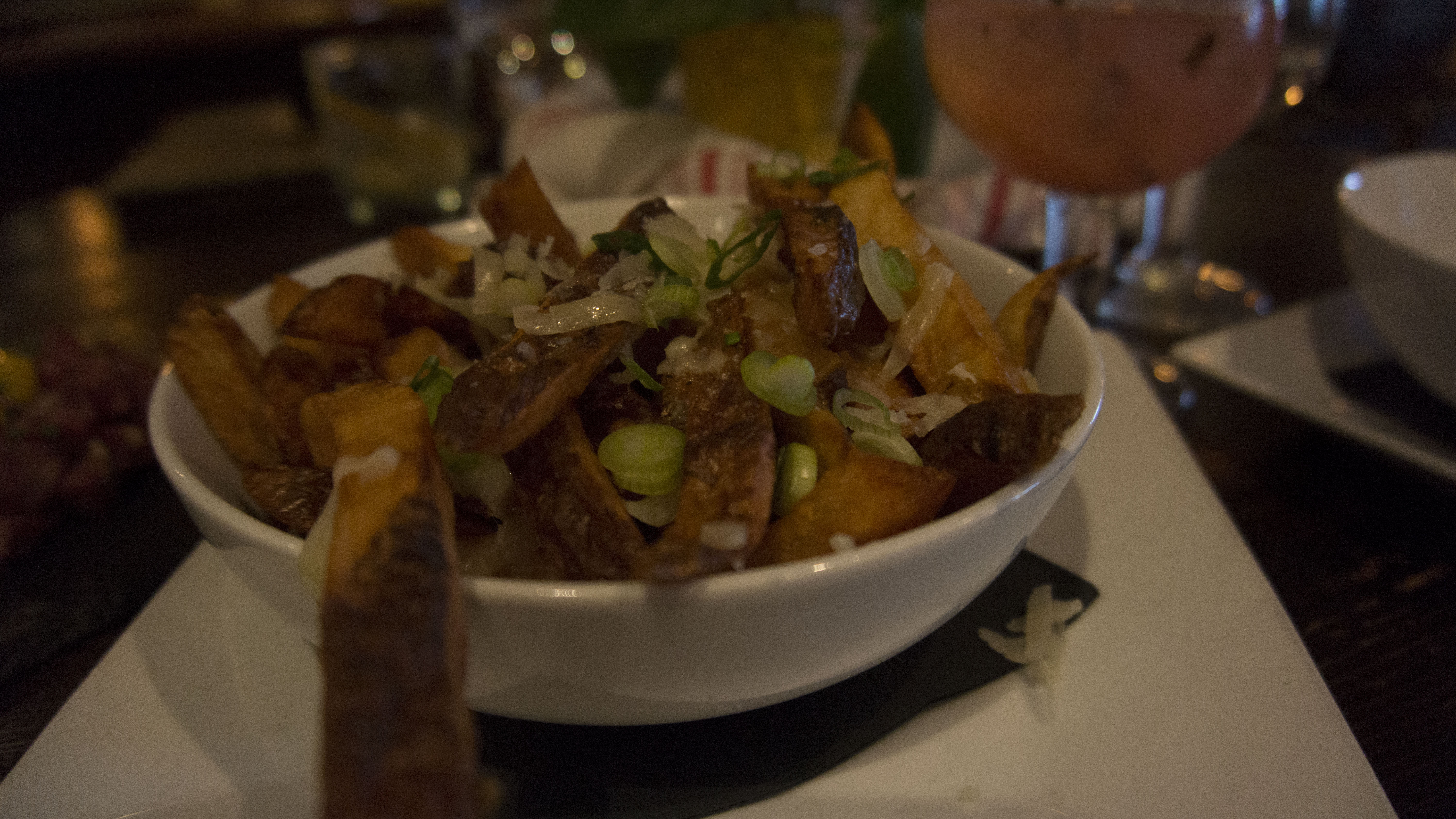 First off, they’re fries, so that’s already a win in my book. But these babies are hand cut fries, with such a light dusting of truffle that it’s just enough to tickle your taste buds but not enough to at any point become overwhelming.

Finally for apps, we tried the duck meatballs. Honestly, as much as I loved the steak tartare, these meatballs stole my heart. They’re dressed in a peach barbeque sauce, and topped with a sprinkling of green onion and crushed peanut. 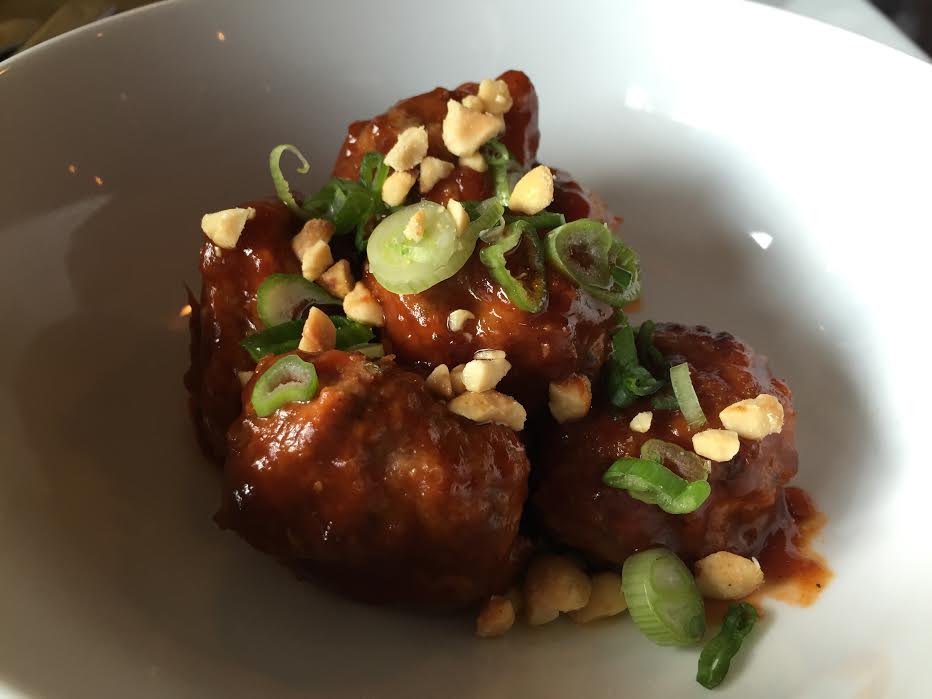 These were just everything to me. They were delicate, sweet and savory, and had a fantastic texture to boot.

Thanks to Daniel Berman, the mastermind behind Fussy Little Blog, I was able to give you guys a look at those delish meatballs.

As far as entrees go, the first item that jumped out at me was the Pickled Shrimp Po Boy.

I mean… pickled shrimp? I couldn’t NOT get it.

The pickled shrimp came with sauteed napa cabbage, roasted red pepper, and a green onion-ginger aioli. The only complaint or recommendation I had after eating this is that the bread was a little too thick/hard for the sandwich. On its own, the bread (also housemade) was delicious. But with such a delicate protein like shrimp, I would have liked a softer bread, or even no bread at all.

As you may have guessed… I couldn’t quite capture this one due to my lighting. It just looked like a dark colored brick in my camera lens.

Another new menu item that NEEDS to be mentioned is the fried chicken thigh and waffle sandwich. 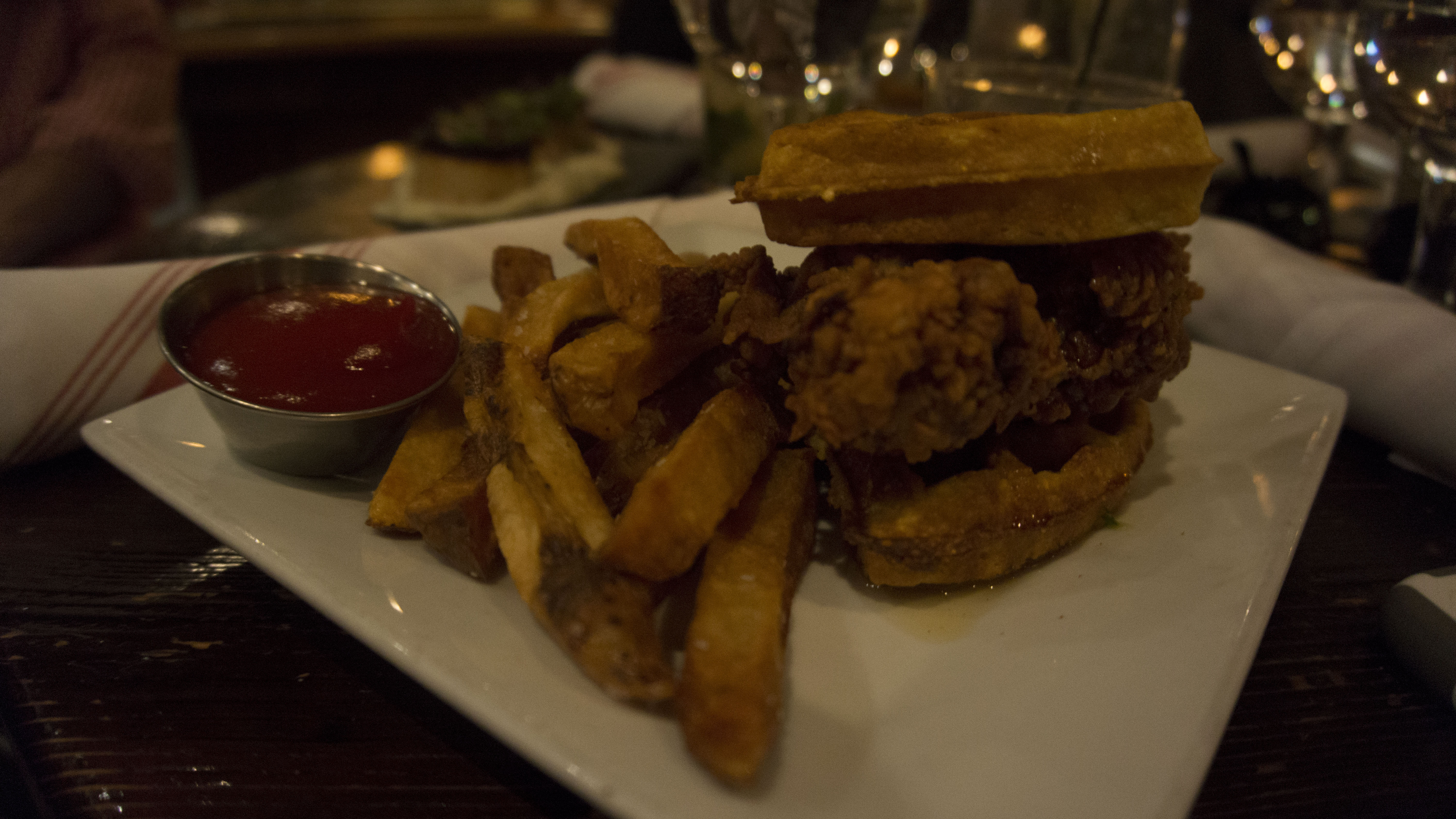 Ohhhh my goodness was this good.

I only had a couple bites, but this is a righteous dish. If a sweet and savory combo is all you desire in a meal, this is the entree for you.

Last but certainly not least, there was dessert.

If I can tell you to do one thing based on my night at Henry Street Taproom, it would be to go there and order the chocolate truffles and duck fat caramel. It will blow your mind into another universe.

Take my word for it… even if you’re just in the mood for dessert, you NEED to try this. Also, they make their ice cream in-house daily, and the “vanilla crunch” with crunchy pieces of malt = my happy place.

I’m super excited for Henry Street Taproom and their new summer menu, and I’m even more excited for everyone else to give it a try! 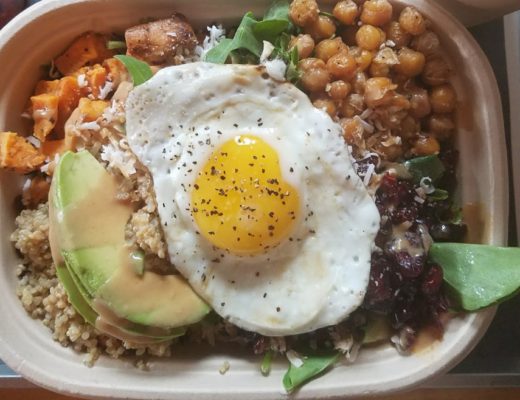 My Dinner at The Crown Grill