As I sit here sipping on kombucha in a wine glass, I decided to start writing a blog that I probably should have BEFORE Dry January started. But here I am.

I received an invite right before the holidays to check out a new brewery that had opened in Mechanicville, NY.

Hank Hudson Brewing Company celebrated their grand opening back in October in their newly constructed taproom. Located right at the Fairway of Halfmoon Golf Club, you’ll forget you’re at a golf club when you walk through the doors (in a good way). The newly constructed space was designed by local architecture firm, Balzer & Tuck, and built out of two reclaimed barns that were previously located just a few miles from their current space.

It was a cold December evening that I went, but I can only imagine how cool it will be in there when the weather gets warmer with the windows/doors open. 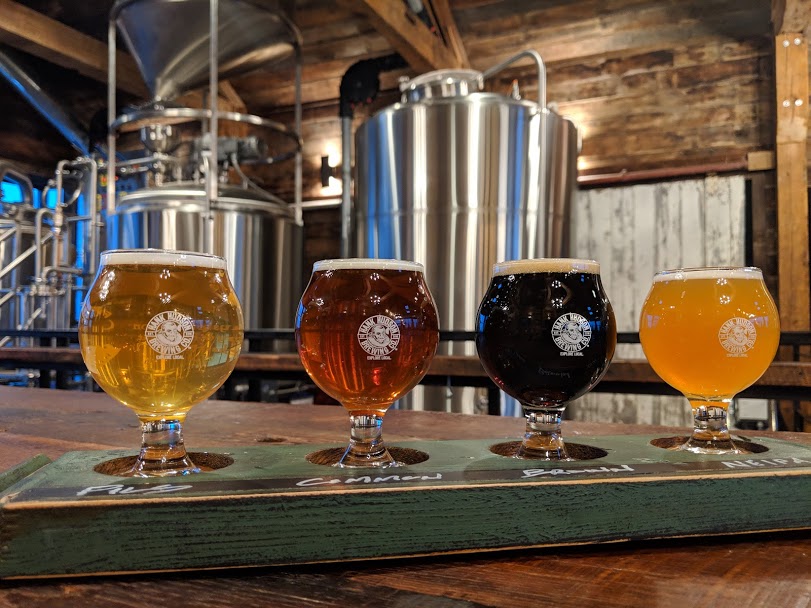 They poured me a nice sampler of their beers, including the New England IPA which was truly a standout. It was certainly a hazy IPA, but really juicy with a hint of citrus. If you’re an IPA drinker, I highly recommend heading out to Hank Hudson and trying it.

The company’s two founders and head brewers, Darren Van Heusen and Chris Crounse, are super passionate about what they’re doing and love sharing their knowledge about the brewing process with anyone who is interested in learning.

According to their press release, “the new taproom will offer an established line of traditional style beers, featuring solid flavors and inventive spins on classic recipes to indulge a wide range of palates and preferences.” 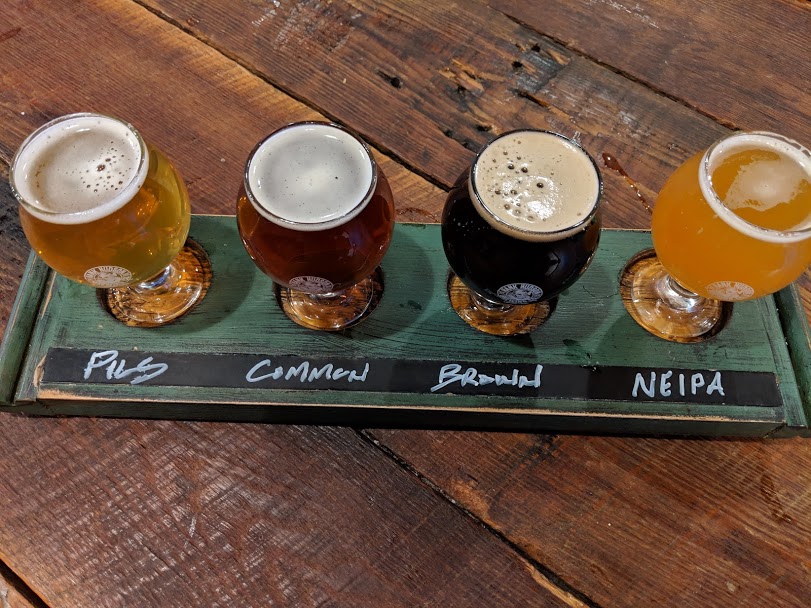 Aside from beer, they’re also offering some great bar snack options because everyone gets hungry when they’re drinking, right?! 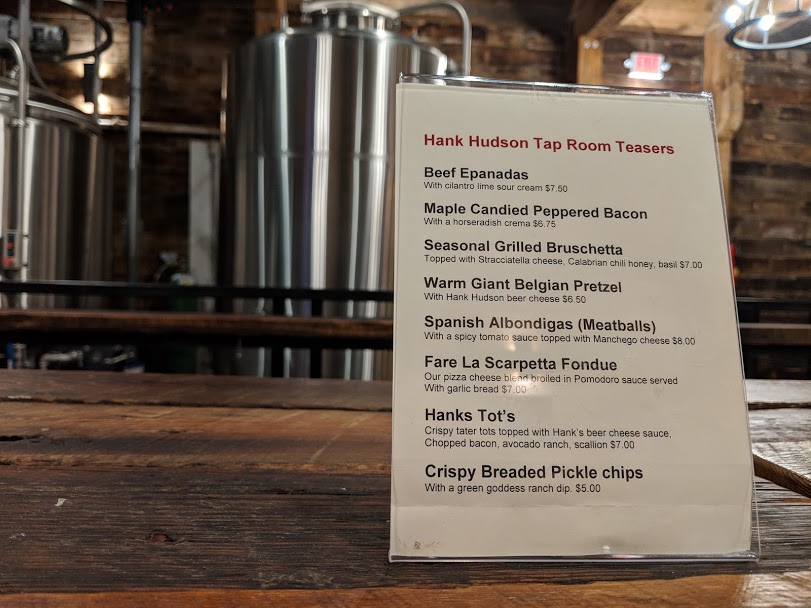 I tried a few snacks, including the empanadas, bacon & the pretzel. 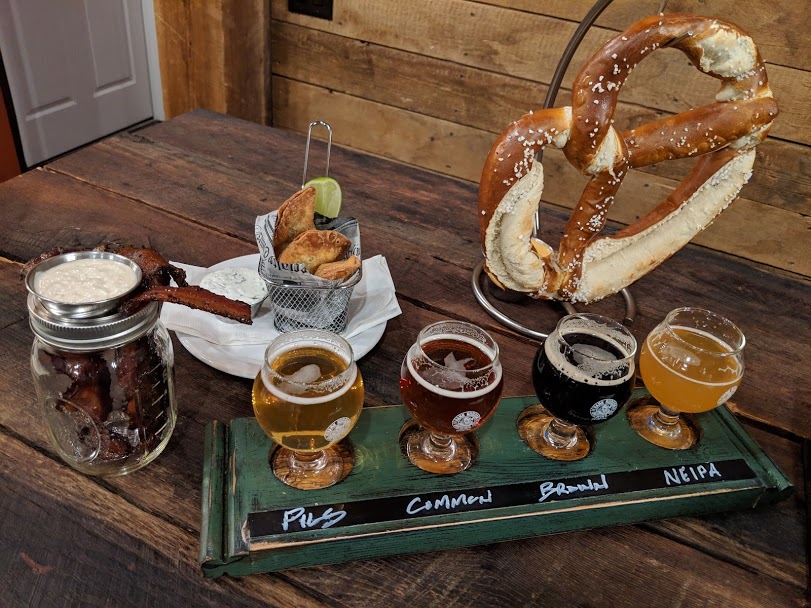 THAT PRETZEL THOUGH. If only I had a banana for scale. The pretzel was HUGE and sooooo good. I dunked it a few times in the beer cheese, but honestly is was just as good on its own. Doughy & salty, it’s just what you want to soak up the alcohol you’re consuming. Just seeing those chunks of salt make me thirsty for a beer right now.

Overall, Hank Hudson is a great addition to the local scene, even if it’s a bit of a drive from Saratoga. The owners couldn’t have been nicer and I look forward to heading back there after Dry January is over so I can enjoy an IPA + pretzel in peace. 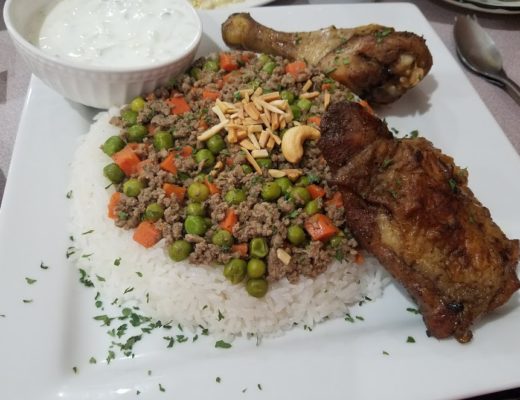 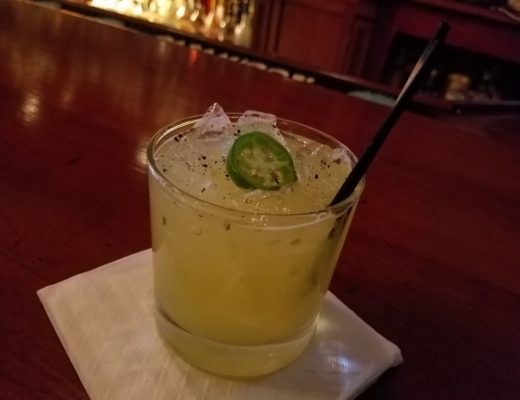