Beer dinners are like the best of two worlds.

In one hand, you’ve got a sample of a different beer with every course, so you can try different varieties without having to drink an entire beer. In the other hand, you get to try several courses of food, getting the tastes of a special menu prepared straight by the chef.

Together? It’s a match made in heaven.

When I found out that the first beer dinner at The Local this past Monday would be paired with 21st Amendment Brewery, of course I jumped at the opportunity to go. This beer dinner was specifically for their Mug Club members, which you can learn more about here. 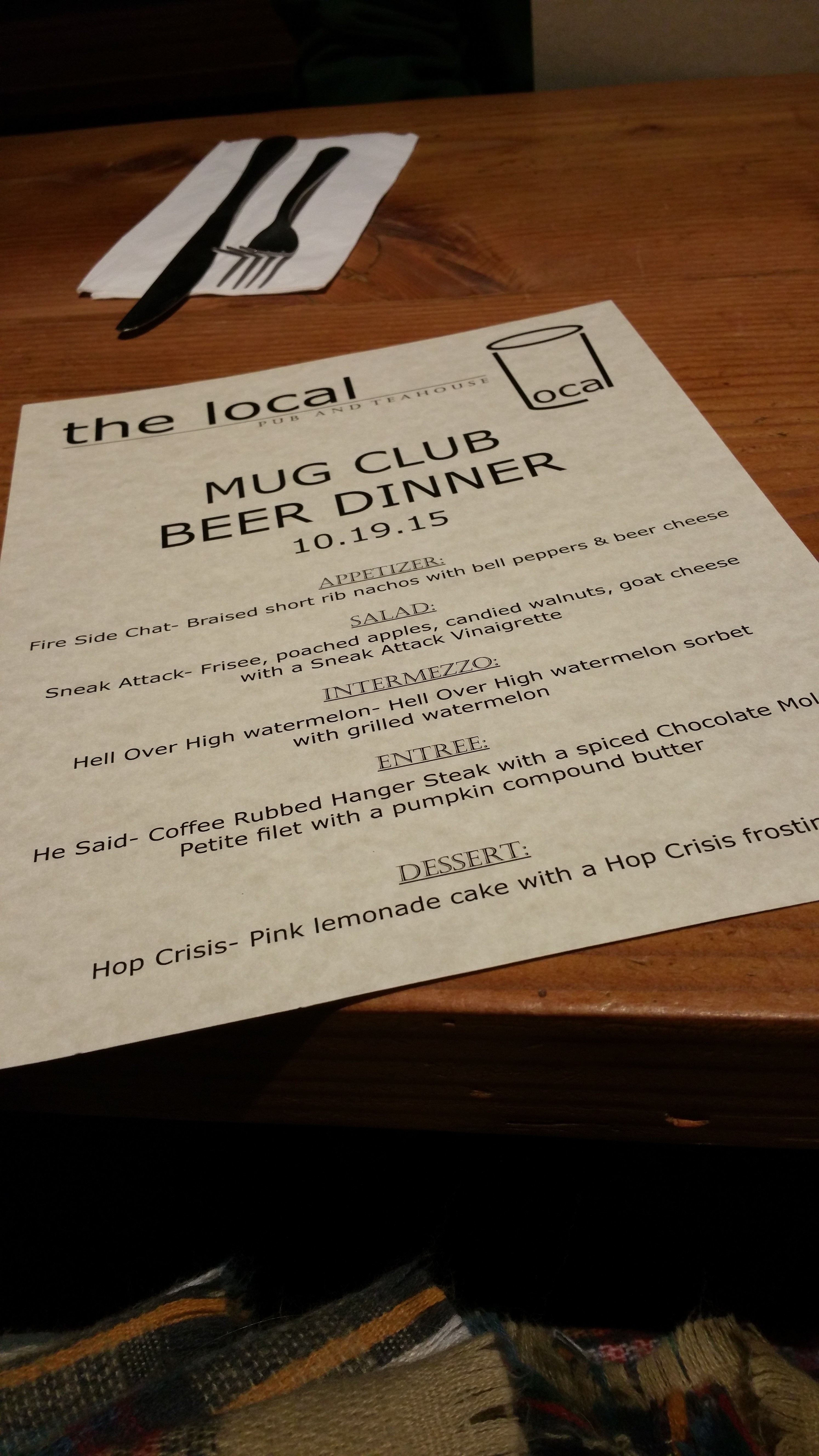 What was so intriguing to me was the fact that nothing on the beer dinner menu was anything you’d normally be able to get at The Local. That’s something that I really like, especially at a restaurant like The Local who’s menu has basically been the same forever.

So let’s take a look at what was served Monday night: 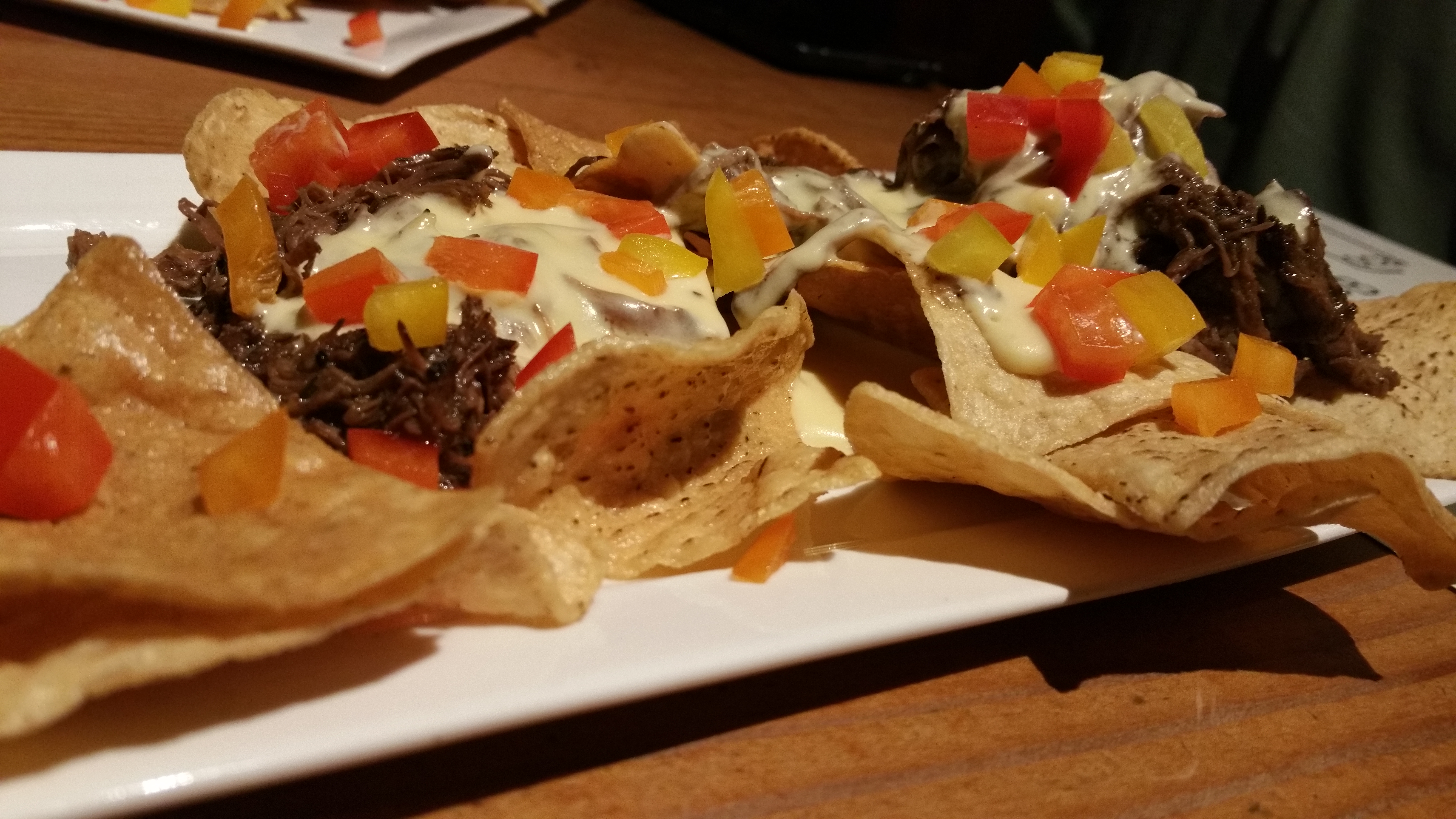 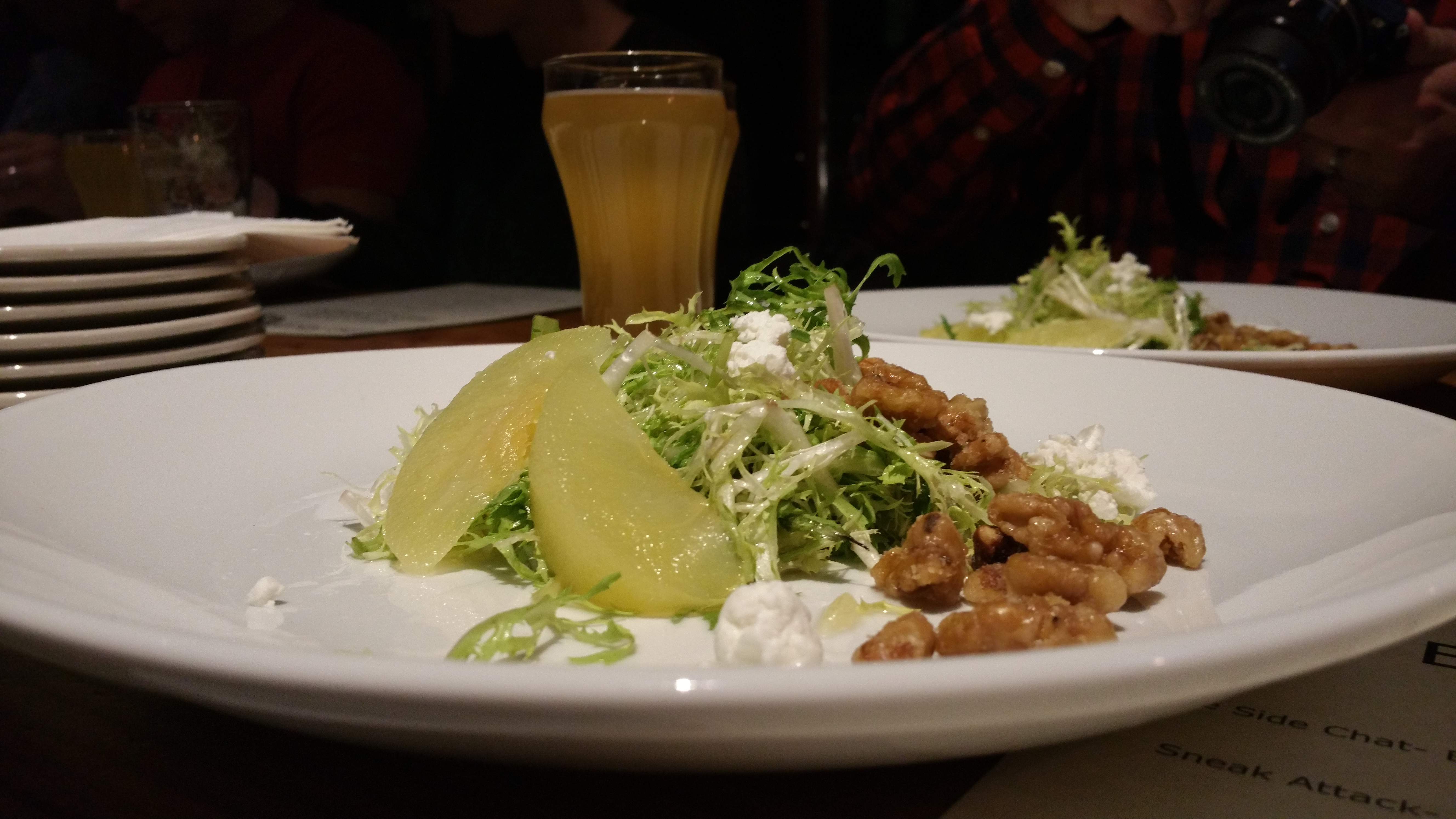 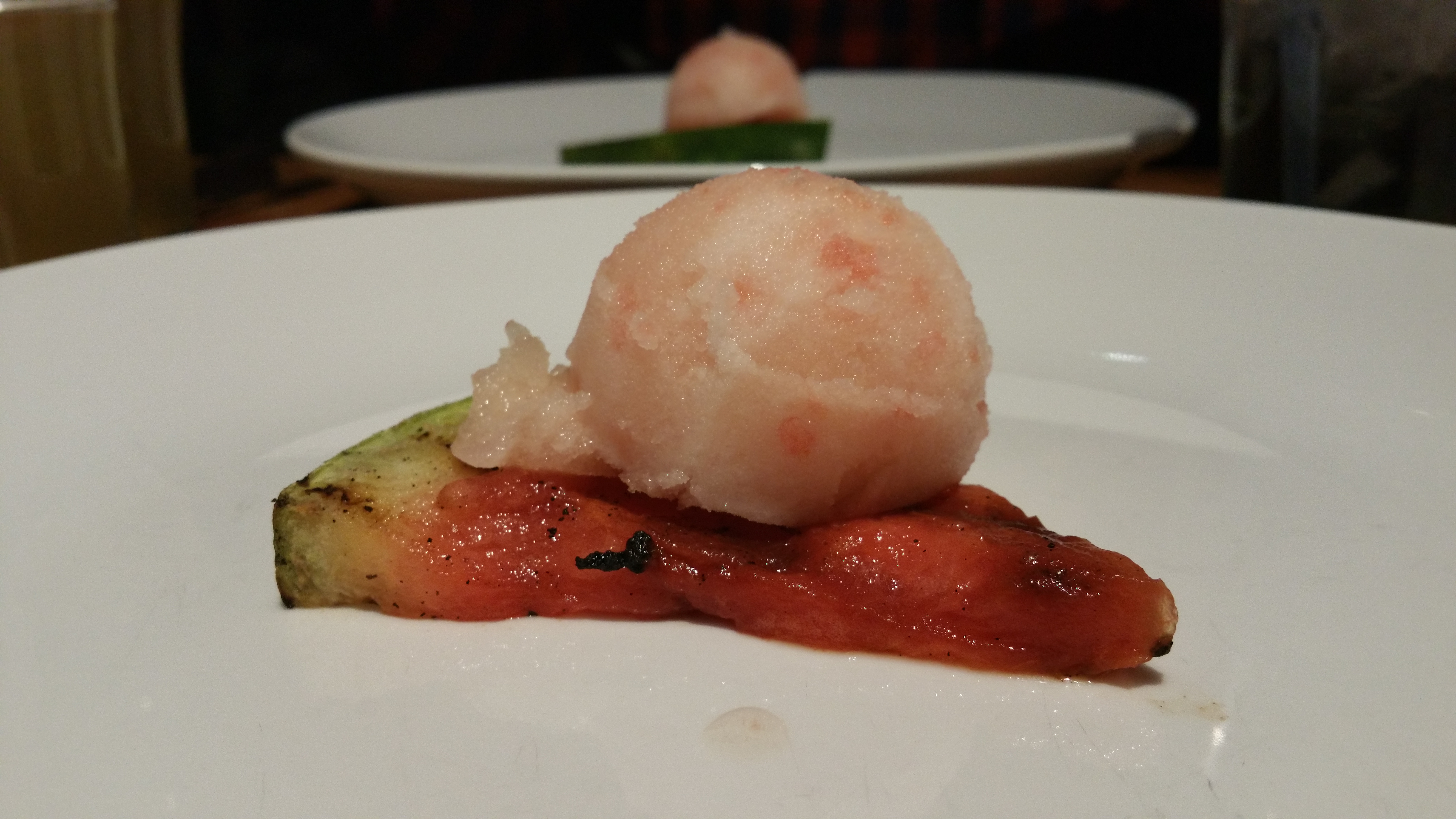 Fourth Course: Coffee Rubbed Hanger Steak with a Chocolate Spiced Mole and a Petite Filet with a Pumpkin Compound Butter, Paired with He Said 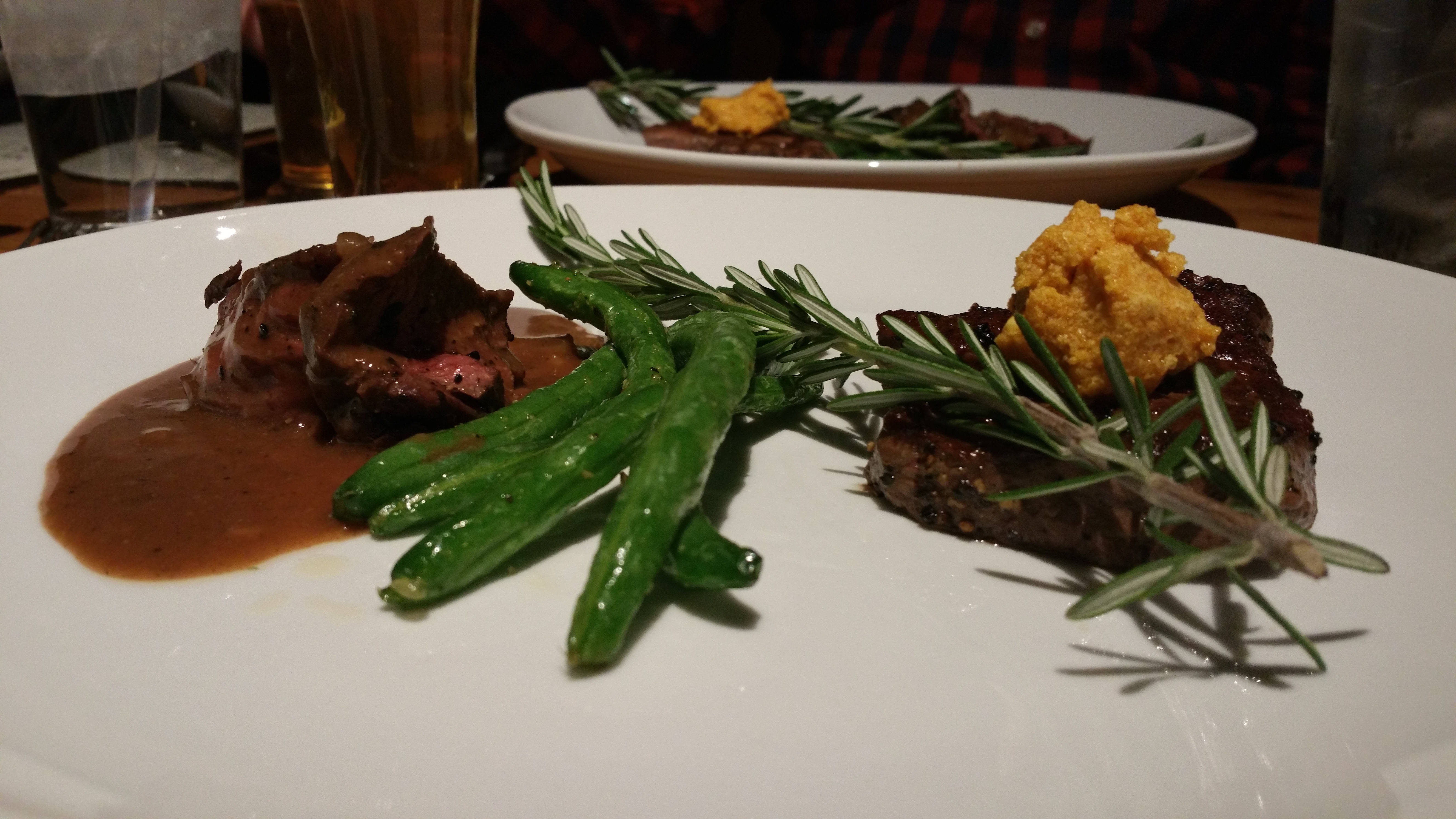 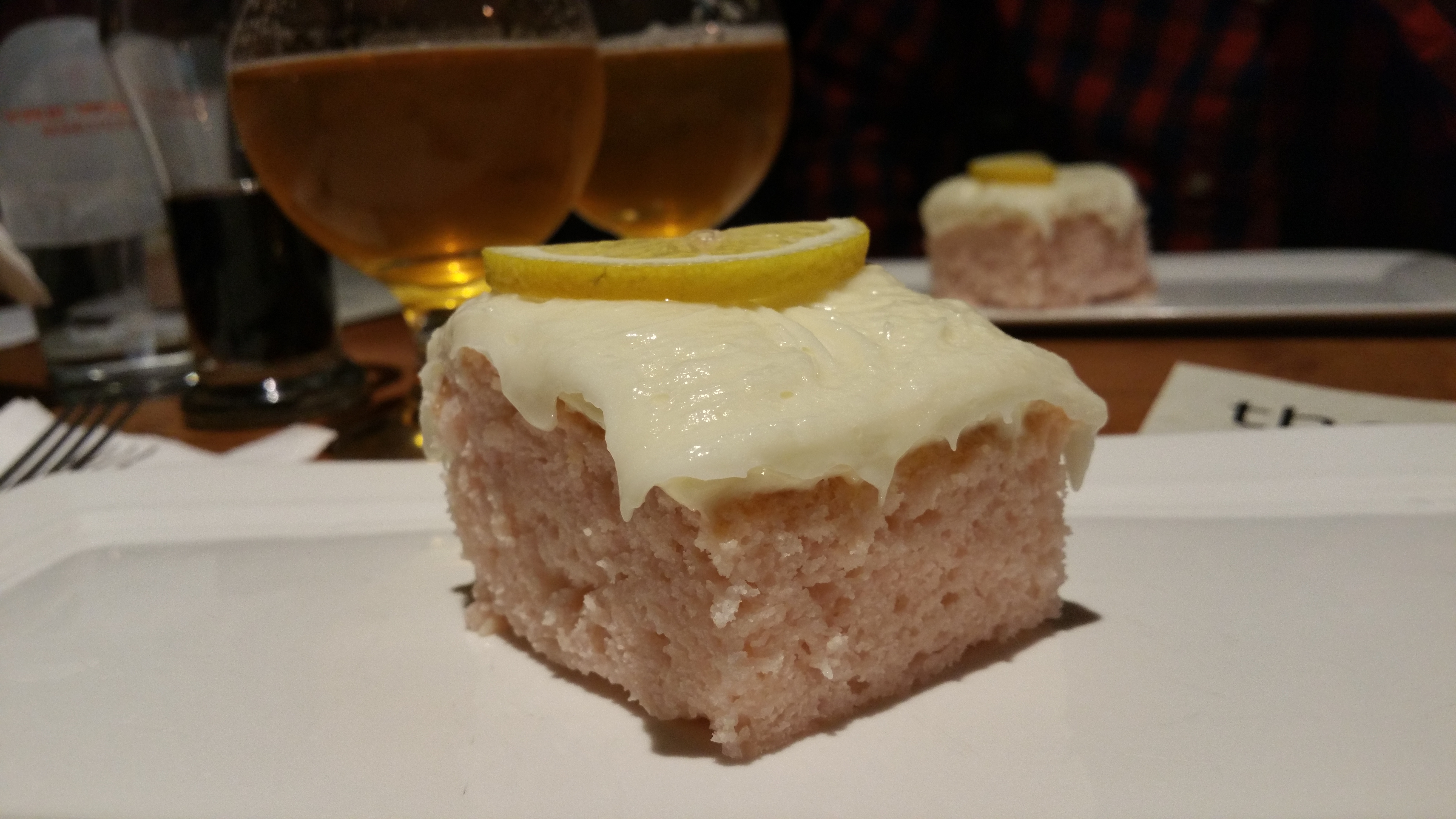 I have to say, the current menu at The Local really doesn’t give their chef the opportunity to showcase his talents, because honestly… this meal was incredible. I was SUPER impressed from start to finish.

If I had to choose a favorite course, I’d probably have to go with the hanger steak and petite filet. Both cuts of meat were prepared so well, and each so different. Perfectly medium rare, the hanger steak had been soaking in a bath of that chocolate spiced mole that had a nice sweetness to it, but the spiced and herbs balanced it out.

And then there was the petite filet with that pumpkin compound butter.

The pumpkin was so subtle, but added a hint of flavor to the silky smooth butter to pair so nicely with the tender and juicy steak.

Even though I was pretty full at that stage, I haaaaaaadddd to finish it. I would have liked to take home some of that butter to use on all meals moving forward. Just a thought.

My one hope is that The Local begins to expand their menu a little bit moving forward, because now that I know what they’re really capable of, I want more of it.

If you’re currently a member of the mug club or are hoping to join soon, stay tuned for when The Local has another beer dinner!