Pizza in Saratoga Springs can be tricky. Depending on the type of pizza you enjoy, there’s a lot of places that can be hit or miss but rarely produce a great pizza every single time you order. Whether the crust isn’t cooked enough, the cheese is too much or too little, or the sauce ratio is out of whack, pizza is Saratoga is just a challenge. With the re-opening of Barney’s Pizza on Lake Ave, things are looking up for the Saratoga pizza scene, but today I’m not here to talk about Barney’s. Rather, I’m going to revisit one of my favorite pizza spots in this town that I think always gets it right – Mama Mia’s.

Mama Mia’s, located on Ballston Ave in the same plaza as Price Chopper and TAFT Furniture, has been a favorite pizza place of mine since they opened in 2004. Owner Giuseppe Grisio was born in Italy and brought his passion and love for Italian food to Saratoga. With that said, it’s no surprise that Mama Mia’s specializes in Italian cuisine, serving up anything from the traditional lasagna and various pastas to chicken marsala and the like. What brings me to Mama Mia’s, however, are the specialty pizzas – specifically the Eggplant Parm Pizza.

Yes, that is indeed a pizza, a deliciously hearty and satisfying pizza. The thin (NYC style) crust is always cooked to the perfect crunchiness, topped with marinara, lightly fried eggplant, mozzarella and fresh ricotta cheese. I’ve never seen an eggplant pizza done this way and it’s pretty much my favorite pizza ever. Not only is it my favorite because it’s topped with so many amazing things that I love, but I think the way Mama Mia’s executes the actual pie is above any other pizza place in Saratoga.

Don’t like eggplant? Shame on you. Just kidding!… there are so many other options worth trying at Mama Mia’s, it doesn’t just stop with the eggplant parm pizza. Another suggestion that I totally love is the Saratoga Pizza, which is a thin, crispy pizza, shaped as a square and topped with marinara sauce, fresh water mozzarella, garlic and torn basil. It’s so simple but has so much flavor, it makes my mouth water just writing about it. If you’re feeling in the mood for something lighter than the eggplant parm pizza, I’d absolutely go with the Saratoga Pie.

If you haven’t tried Mama Mia’s, do yourself a solid and give it a try. Let me know how it stacks up with your favorite local pizza place! 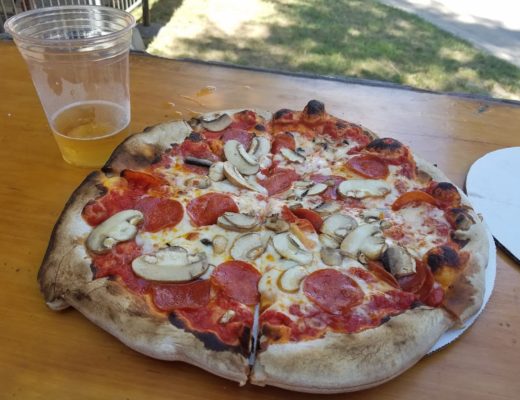 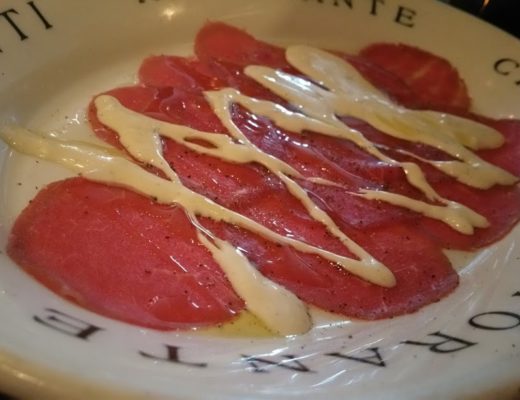