The time is here and after a year of chatter and murmuring around the city of Saratoga Springs surrounding what was being built at 381 Broadway, Druthers Brewing will be opening their doors tomorrow, August 1st.

This picture, taken just one week ago, gives you a good idea as to what the courtyard will look like. That big red building is where the indoor seating, bar and brewing equipment will be.

I’ve gotta say, I’m pretty excited for this brew pub for a number of reasons. First off, I’m pretty tired of always finding myself at Gaffneys, bumping into people because that’s where EVERYONE goes when it’s warm out and it’s track season.

That’s right, I love myself some good “hoppy” beer and I hope that Druther’s will provide me with some nice new additions to my favorites.

Finally, the menu looks bomb, and that’s what I’m most interested in. Here’s a look for yourself:

Yes, I’m aware that the wording is miniscule, but it was the only image I could find. Nonetheless, the confit chicken wings, calamari and mac and cheese are definitely items that I’ll have to get my hands on opening night, and there’s many others I’d like to try as well.

I can’t wait to try this place out and report back to you, but I have a really really reaaaaaalllyy good feeling I’m going to be returning with nothing but good news! 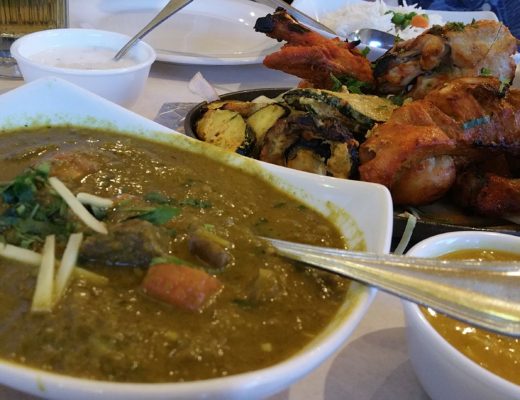 Getting High off the Heat