Dinner at The Mouzon House

Tucked away just off of Broadway is one of Saratoga’s premiere restaurants, The Mouzon House. On Friday night, my boyfriend and I were looking for a great place for a date night. We were searching for ambiance, romance, and most importantly, great food – so The Mouzon House turned out to be a wonderful choice. We were expecting great meals, but what we received far surpassed any expectations we had. Not living close to the coast makes it difficult to find delicious seafood, but no one told the chef at The Mouzon House that, as we both enjoyed two of the most decadent seafood meals we have ever had.

Walking into The Mouzon House, it’s very quaint with lots of nooks and different dining areas. We were seated in the side area of the restaurant, which was accompanied by about five tables total.

On each table was a small bottle of Saratoga Olive Oil Co. olive oil, which if you’ve ever tasted, is pretty wonderful.

At first glance of the menu, the options were pretty extensive, especially for fish lovers like myself. After listening to all of the house specials for the evening, I had my eyes glued on one menu item.

The Baked Haddock – with andouille and shrimp stuffing and a lemon, butter pan sauce over rice ($22).

As you can see, it’s a pretty monstrous piece of fish. I mean I was really pleased with the portion size, and thoroughly enjoyed the entire thing. The haddock was of course cooked to perfection, and the andouille and shrimp stuffing had a slight kick but complimented the fish very nicely. Overall, this dish was just exquisite, and it really opened my eyes regarding how fish should be prepared.

At first when he was told that salmon was being used as a substitute for the white fish, he was a little hesitant to still order it. After he decided to go with it and tasted the meal, he did not regret it for an instant. As we were discussing our meals, he pointed out that a restaurant that serves fish like this makes us trying to give up red meat extremely easy. The salmon was cooked to perfection, the mussels were some of the best he and myself have ever had, and the shrimp was outstanding. The broth was a fennel saffron, which had bold spices and complex flavors.

So after a meal like this, it’s pretty much impossible to leave without trying an item off of the dessert menu. After asking for a suggestion from our wonderful waitress, we ordered the flourless chocolate cake with homemade vanilla ice cream.

Naturally, I went right after the ice cream and I’m glad I did. The ice cream was so refreshing, and you could certainly taste how fresh and authentic the flavors were. And then there was the chocolate cake. I’m generally a big fan of flourless chocolate cake, but I’ve never tasted anything like this before. The first bite I took immediately soaked into my tongue and the chocolate just enveloped my entire mouth. The chocolate wasn’t too sweet either, which made it that much more enjoyable.

What made this meal so special, aside from everything I’ve already mentioned, is the fact that both dishes gave our taste buds some really different and unique flavors to work with. It is so refreshing to have an experience like this at a restaurant in the area, and you better believe I’ll be raving about this for a long time.

Connect with Ashley on Google+! 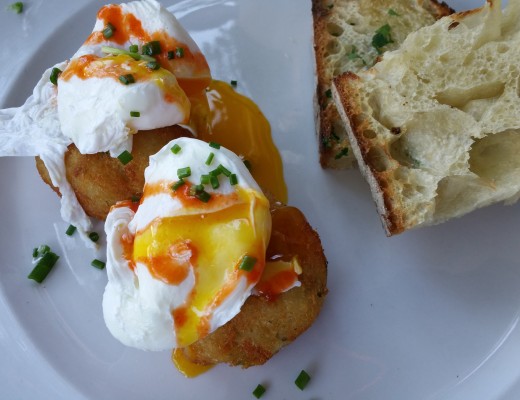 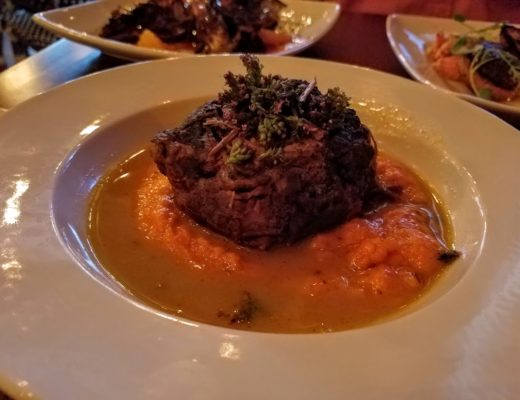