Oh my beloved Chowderfest, it’s less than 3 weeks away, and I’m getting more and more excited as the days go on.

This year, I have a feeling it’s going to be better than ever, with big shot participants like Comfort Kitchen (one of my personal favorites from last year), Seven Horse Pub (People’s Choice winner 2013), and others who have definitely raised the bar in recent years.

Again, for those of you who don’t know about Chowderfest, it’s held on Saturday, February 1st in downtown Saratoga Springs, NY from 11:00am-4:00pm.

Restaurants from all over Saratoga join together to offer patrons a 3oz $1 sample of their chowder, all in hopes of winning the big award – People’s Choice 2014!

Last year, Druthers took best newcomer as well as best on broadway, and I can tell you from my memory that their chowder deserved it.

Here’s a look at this years participants thus far:

As always, I’ll keep this list up to date, but it also can be found on Discover Saratoga’s page here: http://discoversaratoga.org/chowderfest-participants

This isn’t this last you’ll hear about Chowderfest either, so stay tuned for what’s to come! 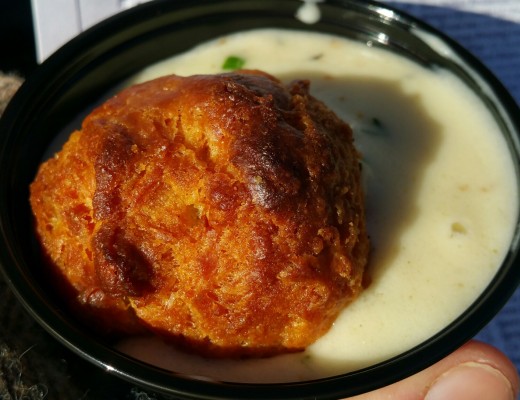