As you all know, I attended The Big Brothers Big Sisters event on Wednesday, May 2nd where I watched as two of the greatest chefs in the Capital District faced off against each other in a Chef Challenge! Before I get into that, here’s a look at the People’s Choice participants who prepared samples for event goers to try, resulting in a final vote at the end of the competition to decide who will be competing next year against the challenge winner. The participating restaurants included: Jacob & Anthony’s, Prime at Saratoga National, Carney’s Tavern and Cafe Calabria.

After having a clear winner in mind, I placed my ticket in the Prime at Saratoga National jar and headed over to watch the beginning of the Chef Challenge! Without boring you all with each and every detail, I’ll just cut to the chase and show you what I managed to capture in my images.

As you can see, the food looked delicious and according to the judges, it tasted just as good as it looks.

Jason Saunders of Prime at Saratoga National was named the 2013 People’s Choice Winner and will compete next year against this years challenge winner.

Each Chef had a fighting chance to win this competition, but when it came down to it, only one Chef could triumph. And the winner is….

Chef John Ireland! While the scores only separating Ireland and Schultz by two points, Chef John Ireland is the reigning champion for the second year in a row! As always, this event was lovely with lots of excitement around my favorite thing, food. I can’t wait to see the match-up next year as Chef Ireland puts his crown on the line to compete against Chef Jason Saunders. Until 2014! 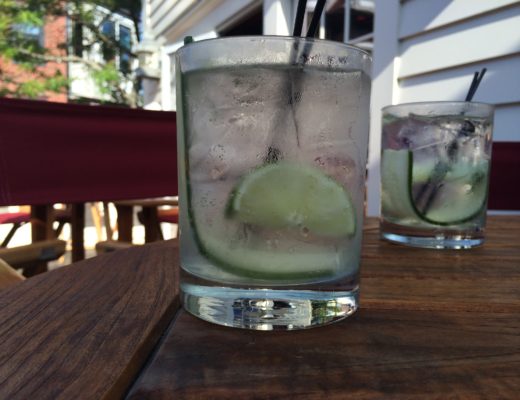