Another day, another Mexican restaurant

Saratoga has it’s fair share of Mexican restaurants, between Leon’s, Cantina, El Mexicano and Mexican Connection, it’s hard to keep track sometimes. This particular instance, I wanted to try out Mexican Connection on a hot summer night during the track season to get the full experience. Surprisingly, we got a table right away even though the track had just gotten out, which was wonderful.

The drinks are very reasonably priced, with margaritas going for only $6 a glass, $21 for a pitcher serving four. Pretty good deal if you ask me!

As a traditional Mexican restaurant should, we were immediately given chips and salsa when we sat down. The chips were crispy and the salsa had a nice flavor and kick to it.

For dinner, I ordered the Cortez Quesadilla, a warm white flour tortilla stuffed with cheese, spinach and black beans topped with their famous spiced sour cream.

Tim got the chicken chimichanga which included chicken, refried beans and cheese inside a deep fried flour tortilla and topped with spiced sour cream and guacamole.

I’m gonna have to give it to the chicken chimichanga because it was so good, I wish I had gotten it. Don’t get me wrong, I enjoyed my healthified quesadilla but this deep fried beauty takes the gold.

I also really liked Mexican Connections guacamole. You could tell it was fresh, a little bit chunky which I prefer and just downright flavorful.

Next time I go to Mexican Connection, I’m obviously going to have to get a margarita as well as try something new, perhaps an enchilada or burrito! 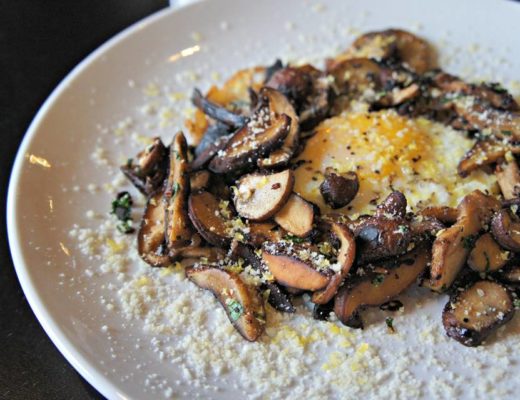