As a food writer, I often get to write about my dining experiences and meals out, but rarely do I talk about my own cooking. Cooking has always been a passion of mine, and has only grown since I was younger.

I mean, in college I certainly cooked more than my roommates ever did. In fact, one of my roommates used to even joke around that the apartment always smelled like garlic when she got home because I often was frying garlic in olive oil before sauteing shrimp in it, and pouring over pasta.

Sure, that wasn’t the most sophisticated dish, but I remember even back then sprinkling fresh parmesan and parsley over the bowl to make it look and feel more authentic and not like I just prepared it in a pan that was falling apart with just okay ingredients.

Okay so back to the point. I love to cook at home. In fact, it might be the reason why I haven’t been writing as many reviews as I once did. Because cooking at home is my coping mechanism when I get stressed out. It’s my escape when I’m feeling overwhelmed. I always feel like I’m learning when I’m cooking, and with each meal, I get just a little closer to someday mastering certain skills.

When I was asked to do the Blogger Cook-Off at Healthy Living Market, I was beyond excited. For once I’d be the one on the cooking side of things, and my food would be critiqued.

I brought along my favorite cooking partner, my sister, who also loves to cook and knows some pretty baller cooking tricks that I haven’t even heard of. 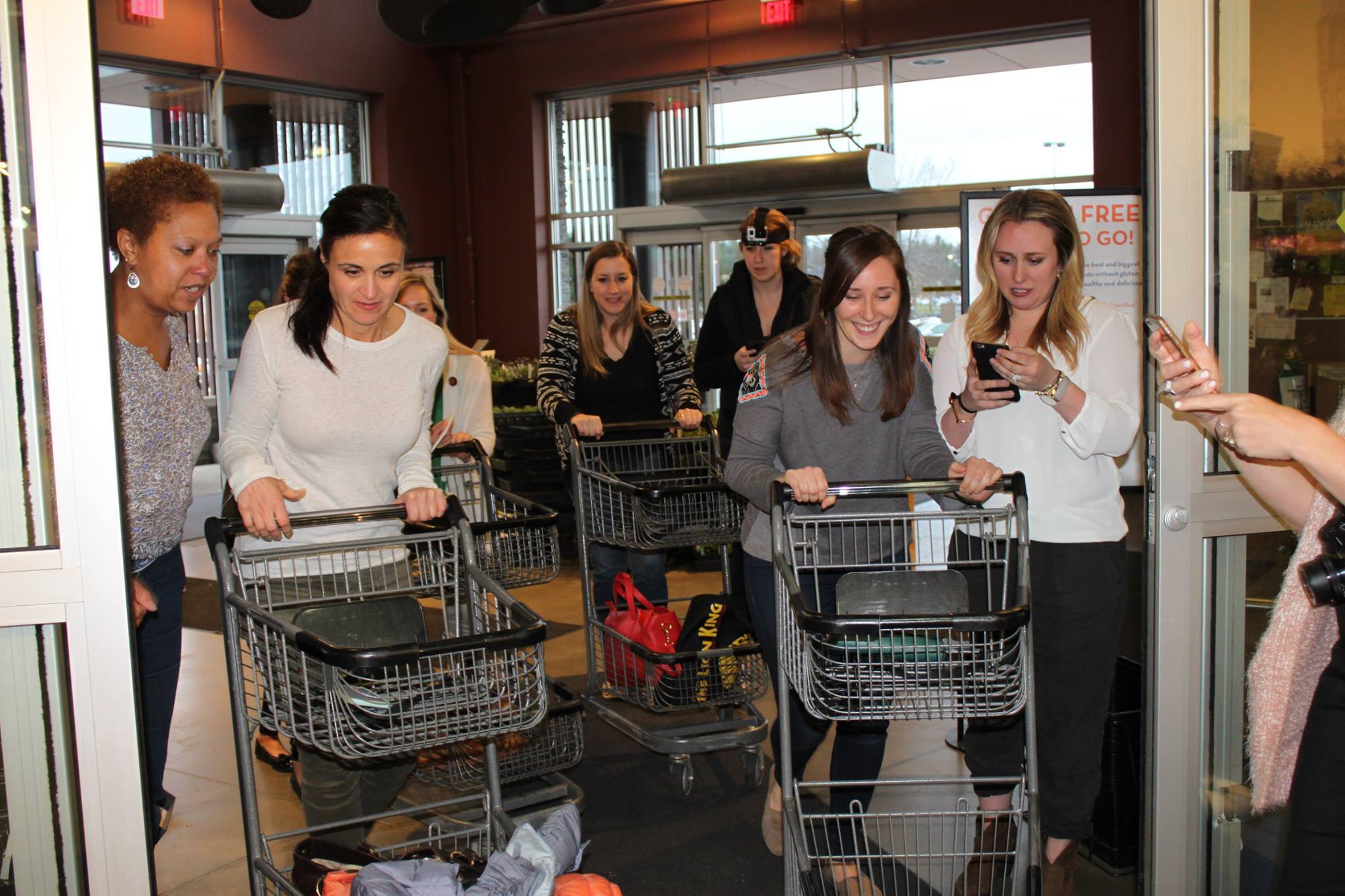 So the challenge was – we had 10 minutes to shop around Healthy Living Market with a $30 gift card and had to get all of the ingredients for a meal for 2. The catch? We had 2 secret ingredients… Apple Cider and Duck Eggs.

For someone who watches Chopped on Food Network on the regular, I wasn’t afraid of this curve ball at all.

Erica and I quickly started thinking of different foods that would work with the sweetness of apple cider, and the duck eggs. We’re both pretty skilled at cooking steak ever since the cooking class we took at Healthy Living Market this past winter, so we chose to purchase a Rib Eye Steak from their meat department to encrust with black peppercorns as our main protein. Easy.

But that apple cider… what can we do with that? Well, we came up with a brussels sprout hash with sauteed carrots, apples (to tie in with the cider), potatoes, and some vinegar to balance out the sweetness.

Boom. That was it – we had our game plan and even came in a little under our budget. 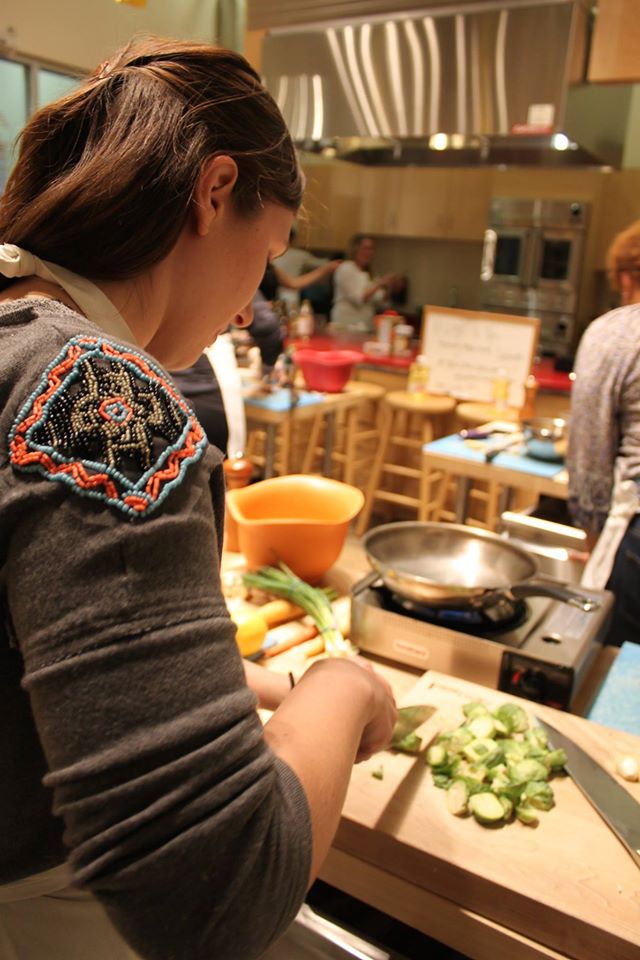 With an hour of cooking time, we killed it with our time management and were so proud of ourselves once we plated and were done. 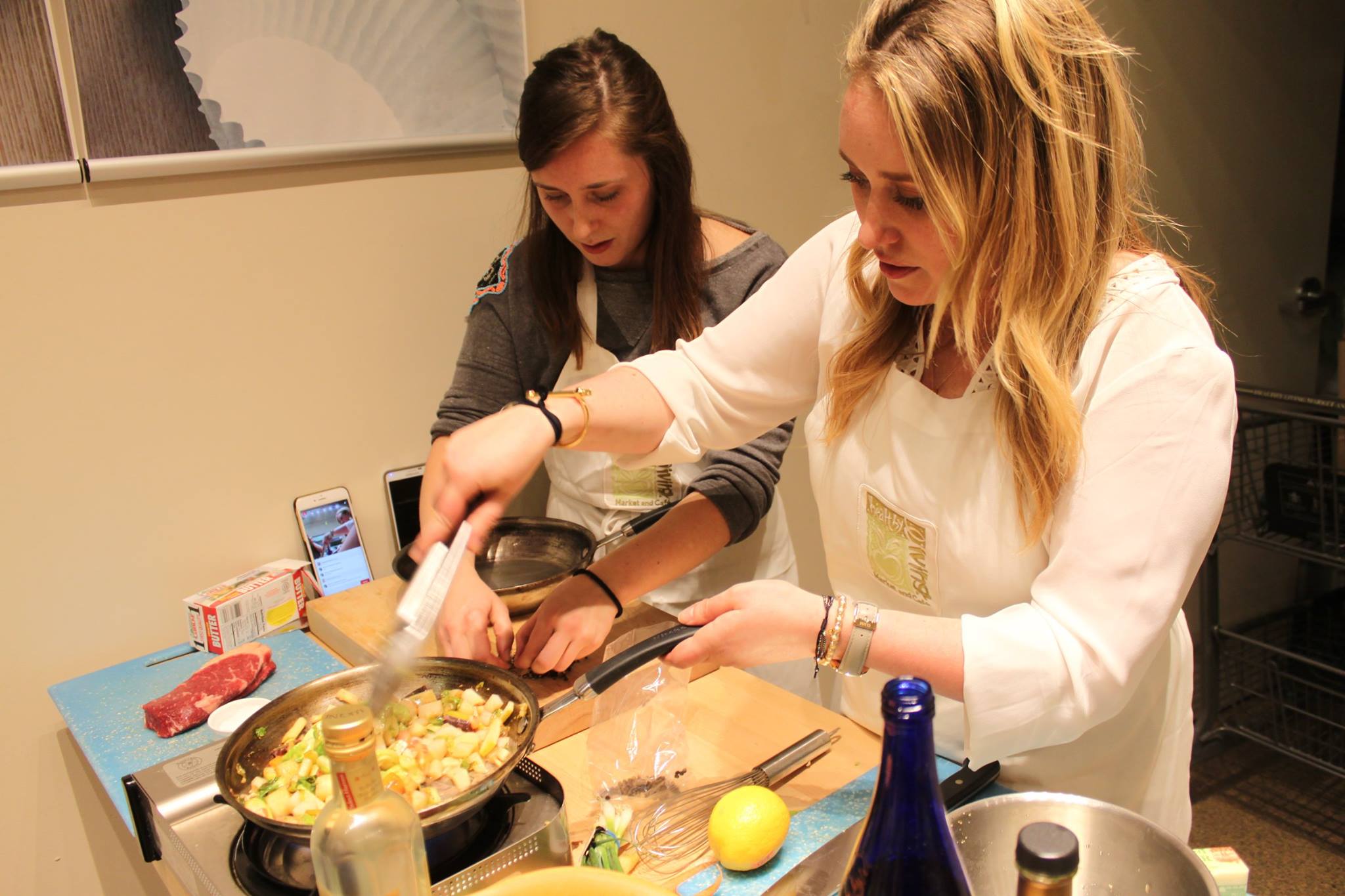 Thanks to Erica, we had perfectly cooked duck eggs to top off our dish, which when broken into, created the perfect blanket of creamy yolk that tied everything together. 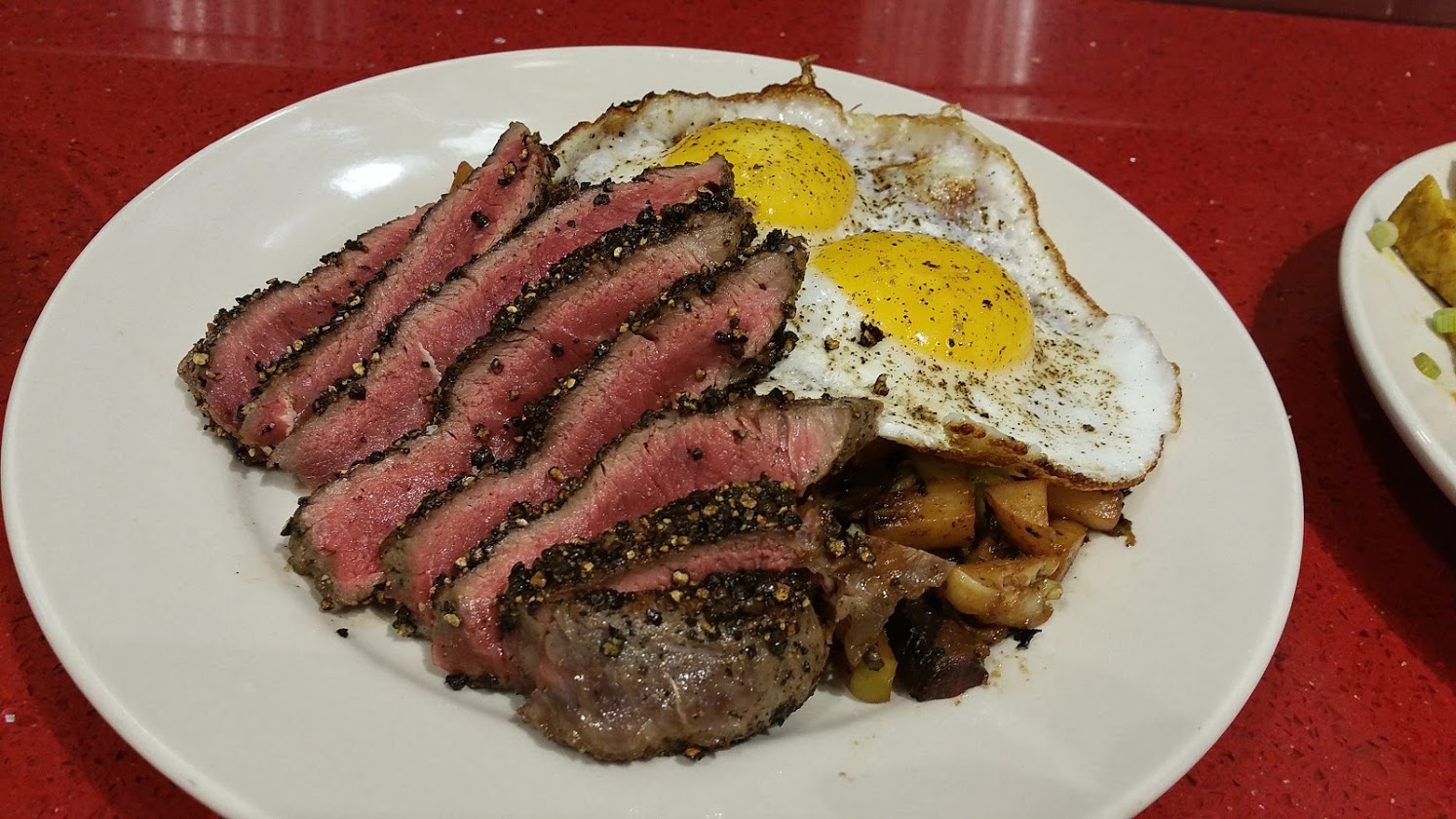 That steak was ON POINT. Seriously, we couldn’t have cooked it any better. It was perfection.

As we waited for the judges choice, we had the opportunity to taste the other participants dishes, which were all awesome as well. 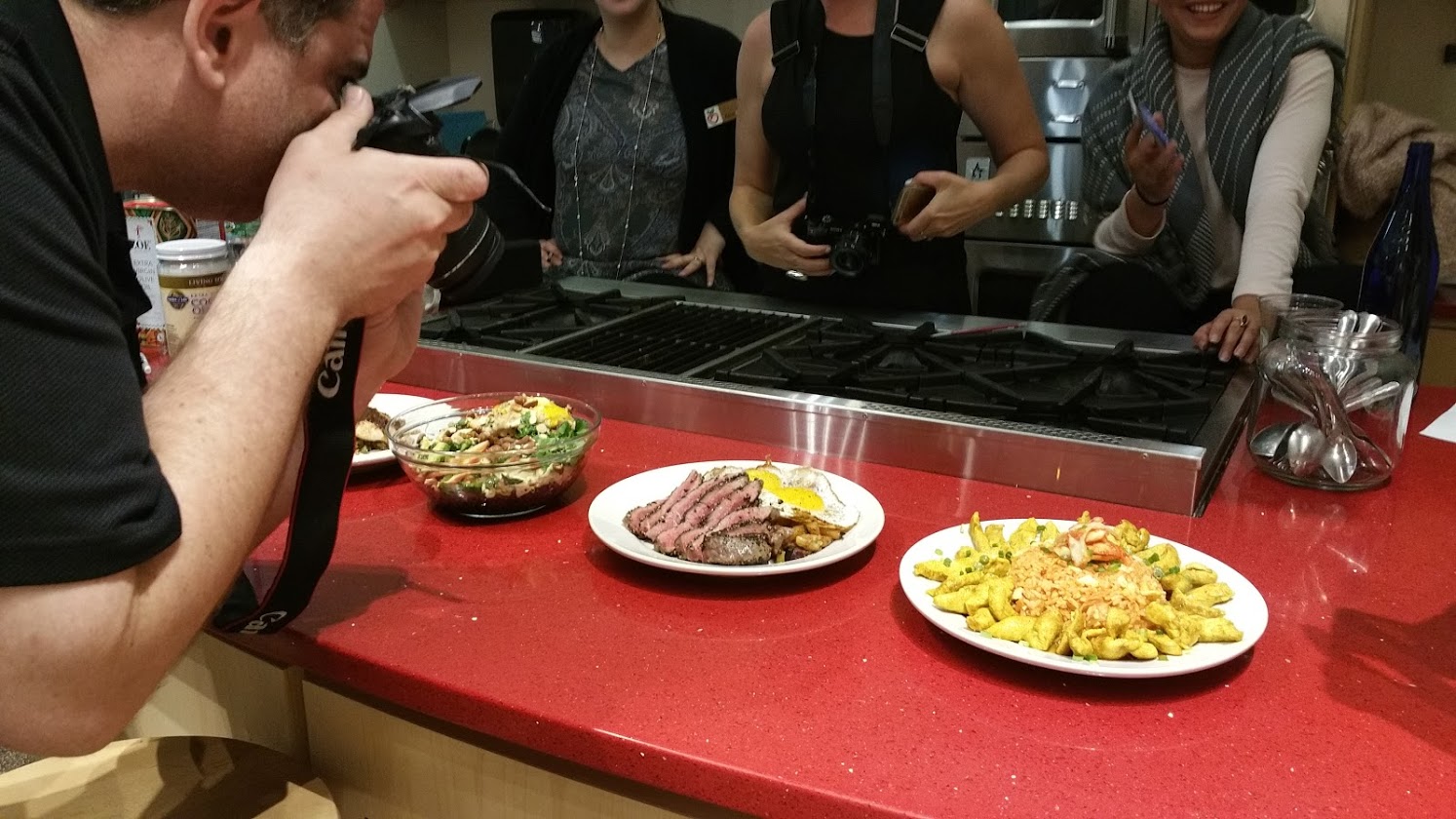 But in the end, we won the judges over, and team Saratoga Food Fanatic was announced as the winner! 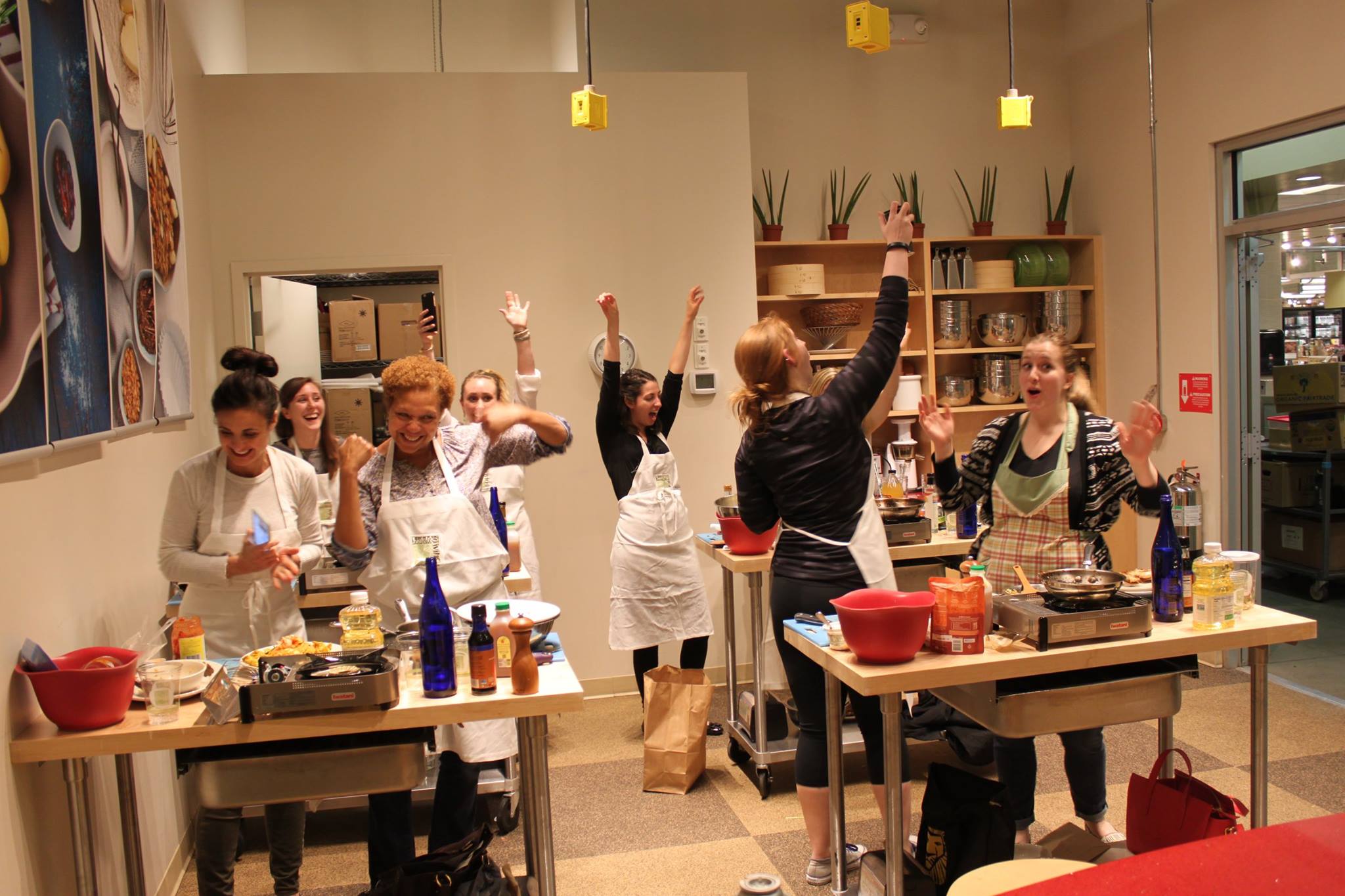 I was super excited to win, especially since the last time I participated in a cooking competition, I was given a garbage award for “Most Traditional” Chili. If that doesn’t say pity award, I don’t know what does.

Anyway, as of now, Erica and I remain the HLM Blogger Champions, but I can’t wait to do this again! 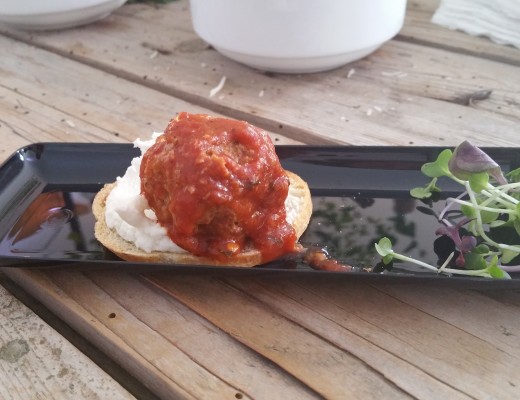