It’s been a long time coming, but I finally made it to BWP over on Gilbert Road in The Springs apartment complex.

A restaurant dedicated to pizza, beer and wine, it seems like a pretty straight forward place – but there’s so much more once you walk inside.

The overall atmosphere is very comfortable, a nice upper scale pizza joint, but still relaxed enough to wear a pair of sweatpants if you REALLY don’t feel like changing before going out.

The bar is pretty massive, with enough seating to probably fit a solid 15-20 people.

On a super super busy Friday night, we walked in the doors and were greeted immediately by the hostess. With people standing everywhere, it was pretty obvious there was going to be a wait, but I was relieved to hear it was only 30 minutes.

So we wandered over to the bar and looked through the beer and wine list, with plenty of draught beers to choose from, spanning from local IPA’s to popular craft beers from all over the place. But what I had my eye on was the wine list.

In case you live under a rock, I occasionally dabble with wine. Okay okay I lied, I frequently dabble. And a Friday night was the perfect night to try something new. Since I didn’t really recognize anything on the wine list except Joseph Carr, I decided to take a risk and ordered a red blend from California called The Cleaver.

I was pleasantly surprised by the deep fruity nose of the wine and the rich, full bodied flavor. Totally enjoyed a few of those.

Moving on to the food – while there were tons of different options in the pizza department, I saw a special that caught my eye, the broccoli and ricotta pizza.

While I waited for my pizza, I looked to the left where I could oversee the kitchen, with the brick oven to the right side of the kitchen, and then the rest of the prep and line stations to the left hand side.

Then the pizza arrived. It was beautiful, it was bright, the broccoli was even slightly charred on top.

And then I bit in and DUN DUN DUN… it wasn’t hot. So we told the waitress and guess what? She took it back and they stuck it right back in the oven. I even watched.

And when it arrived back at my table, it was even more beautiful than I remembered it because this time it was bubbling a little and the cheese was all melty.

What I really liked about the pizza at BWP specifically was the crust. It was really well flavored and seasoned, it wasn’t too soft but it wasn’t too hard or chewy. I did add a little salt and pepper to the pizza itself, but might I remind you that I’m a saltaholic?

Also something to note is that these pizzas are definitely not big pizzas. They’re smaller, almost personal but not quite small enough for one person to eat. Well, maybe I could have housed an entire pizza myself, but it probably wouldn’t have gone over well.

Some other things worth mentioning is that the wings here are awesome. The wing itself is ridiculously meaty, and honestly, I don’t think any other restaurant in Saratoga has meatier wings, which is a good find for me!

Overall, I was happy with my experience at BWP. Aside from that one little glitch that the restaurant corrected immediately, I enjoyed myself the whole time. It’s definitely a place I’ll be returning to. 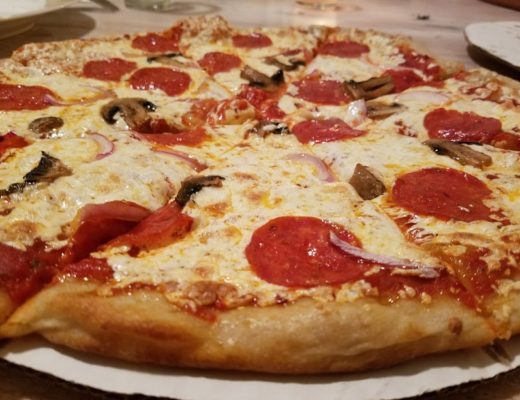 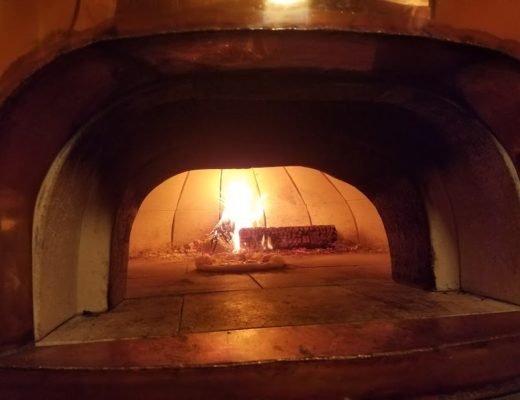 A Taste of Taverna Novo