Restaurant Reviews Things to do

I’ve been wanting to go to a 9 Miles East Pop Up dinner at Saratoga Apple for months. Many, many months.

When the stars aligned and I was actually able to this past Friday, I was PUMPED that not only I was getting to go, but also that their meal of the week was chicken spiedies.

If you don’t know what a chicken spiedie is, here’s some background:

The spiedie /ˈspiːdi/ is a meat sandwich local to Binghamton in the central Southern Tier of New York State, and somewhat more broadly known and enjoyed throughout Central New York. A spiedie consists of cubes of chicken, pork, lamb, veal, venison or beef. The meat cubes are marinated overnight or longer, then grilled on spits over a charcoal pit.

When I was at school in Geneseo, NY, I learned a lot about the spiedie, and now engaged to a central NY native, spiedies are held to high regards.

Anyway, the thing I love about 9 Miles East is that they ALWAYS offer both a meat option and a vegetarian option at their pop ups. While I’m not vegetarian, I love exploring vegetarian and vegan options, especially as they’re becoming more and more popular.

Their vegetarian option was a mushroom spiedie, served with sweet corn and salt potatoes (another central NY dish).

The pop up dinners always include four courses: a starter, a salad, the main dish and dessert.

Our starter course was some fresh made cherry tomato salsa with pita bread for the table.

Tomatoes came straight from the 9 Miles East Farm, and you could taste how fresh it was. Would love them to sell this all summer long.

The salad course was also simple, with lettuce from you guessed it… the farm!

As I mentioned before, the main course was the spiedie served with an ear of corn and salt potatoes.

Finally, the dessert was a delicious yogurt parfait.

In its simplicity, this parfait was slightly sweet and such a nice and light dessert.

And the price of all of this food? Just $25! Their pop up dinners are ALWAYS just $25 per person and $10 for kids, which I personally think is a great deal.

FYI – Saratoga Apple has a cider tasting room, so you can grab a cider or beer with your dinner as well.

If you haven’t been, add this to your summer (or fall) bucket list! The menu changes every week, so be sure to check their Facebook page to find out what they’re serving this week!

Donate For A Cause – Hurricane Sandy Disaster Relief 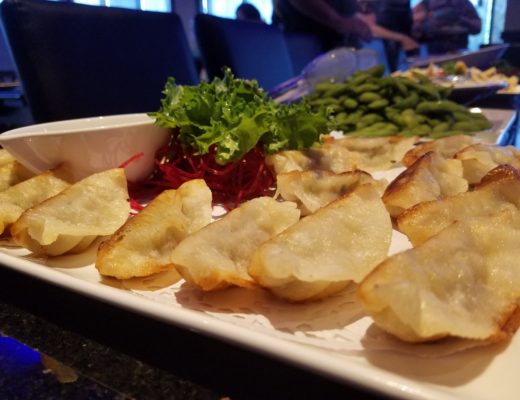 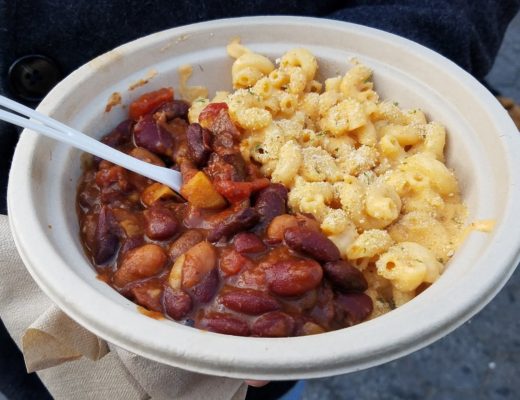 My Weekend in Photos: NYC